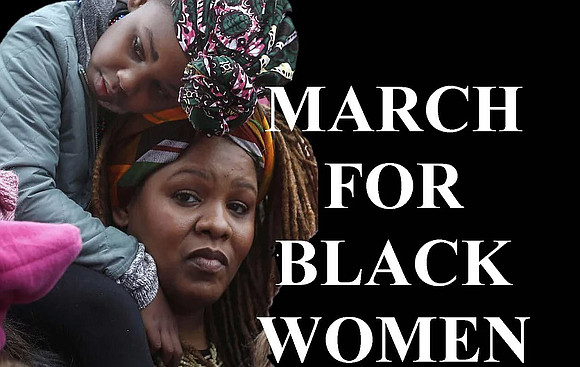 Continuing the ripple effect of protests that have rocked the country over the past week, thousands of Black women will hit the streets of Washington, D.C. this weekend for the March for Black Women.

The march will highlight a few of the many issues Black women face, including reproductive oppression, racial injustice, violence and sexual assault.

Monica Simpson, executive director of SisterSong: The National Women of Color Reproductive Justice Collective, based in Atlanta, Ga., director of the Trust Black Women Partnership and co-chair of the 2017 March for Black Women, said, “We are marching to say that Black women’s lives matter, that Black mamas matter, and to call for an end to systems and policies that deny our dignity, from bans on abortion coverage to mass incarceration.”

Tamika Mallory, co-chair of the march said, “Saturday, Sept. 30, is an important day. It’s the 98th anniversary of the Elaine Massacre, in which hundreds of Black sharecroppers and their families were massacred by a white supremacist mob in Elaine, Ark. This year it is also Yom Kippur, the Day of Atonement, for people of the Jewish faith. And it’s the date of the March for Racial Justice and the March for Black Women, in Washington, D.C.”

Mallory continued, “On Saturday, people will come together on the National Mall in D.C. to call for racial justice and equity and to call out white supremacy. M4RJ is the product of a Black and Indigenous-led organizing effort. And as a ‘march within a march,’ the March for Black Women will center Black women within M4RJ, just as we need to be centered in the movement for racial justice.”

By coincidence this march follows Sunday’s Take a Knee protests by Black NFL players who finally joined in solidarity with former San Francisco 49ers quarterback Colin Kaepernick. Over the past year, Kaepernick has faced great criticism for his refusal to stand for the national anthem. His beliefs have currently left him without a job for the past six months, and many of the players either knelt or locked arms during the playing of the national anthem.

Trump continued to berate NFL owners and players in a series of tweets deeming their actions disrespectful to the flag and American veterans.

The kneeling during the anthem had nothing to do with the brave work of American veterans, but was a protest against white supremacy and police brutality against Black Americans.

“Colin Kaepernick used his constitutional right to free speech and took a knee on behalf of Black lives,” said Mallory.

She added, “When the NFL has a history of excusing players for egregious behaviors [including violence against women], it is clear team owners are making a statement when it comes to Kaepernick. We as consumers, viewers and people of good moral conscience must make one as well.”

Mallory concluded, “White supremacy has finally been exposed as the bedrock of American society. This is why we march: to push back against the tyranny of white supremacy and in pursuit of justice and equality. None of us is free until all of us are free.”