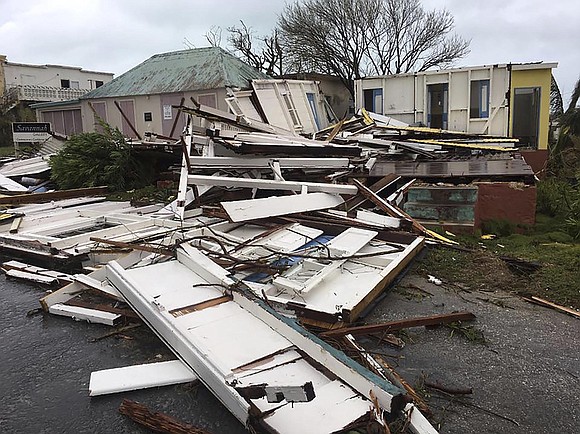 It is becoming increasingly likely that Caribbean leaders will have to meet in emergency session in the coming weeks to address what is clearly the worst natural and humanitarian disaster in living memory after unprecedented destruction from hurricanes Irma and Maria.

Dominica and Antigua’s sister isle, Barbuda, are among the hardest hit with almost all of the buildings on both of these Eastern Caribbean islands destroyed, leaving thousands homeless and in desperate need of food, water and shelter, among other basics.

Cuba, the British and U.S. Virgin Islands and the Turks and Caicos Islands were also pulverized, along with Puerto Rico. Antigua itself, some of the southern Bahamas Family Islands also suffered damage, as did Dutch St. Maarten and French St. Martin.

Weather experts say that the 2017 season is unprecedented in many ways, not the least being that two category five storms swept through the region within days of each other, lashing some countries twice and making sure that those that were spared from Irma, such as Dominica, were hit and brought to their knees by Maria.

Dominican Prime Minister Roosvelt Skerrit, who shed tears the morning after the storm had passed, flew to New York to address the United Nations General Assembly and quickly declared that his island of less than 100,000 people had been reduced to piles of rubble.

He asked U.N. members with “substantial military capabilities to lend Dominica rescue and rebuilding equipment that may be standing idle waiting for a war.” He added, “Let Dominica be that war, because currently, our landscape reflects a zone of war.”

Turning his attention back home, Skerrit appealed to Dominicans hungry for food and other supplies to cease looting as he was pushing the international community to increase the level of humanitarian aid as a matter of urgency.

“We need water, food and emergency shelter,” he said. “We need roads, bridges and new infrastructure. But we also need capabilities of delivery.”

Several countries, including Guyana, Trinidad and St. Vincent have thrown open their doors to nationals of Barbuda and Dominica in particular, saying they are willing to help in this time of crisis. Going a bit further, authorities in Trinidad urged locals to share homes with them until their situation improve.

Antiguan leader Gaston Browne also took his twin islands’ plight to the U.N., warning of an impending humanitarian crisis now that nearly all of Barbuda’s nearly 1,600 residents have been evacuated to Antigua.

“Overnight Antigua’s population increased by almost 3 percent,” said Browne. “I know of no country that could easily cope with such an unplanned, unexpected and unscheduled increase in its population. Barbuda is not only a natural disaster; it is a humanitarian crisis that now consumes Antigua.”

He noted “On Antigua, Barbudans are being cared for as best we can with very limited resources. But as the period of cares lengthens, not only do the conditions worsen, but the cost increases, causing my government to borrow money on commercial terms at high interest rates, swelling our already burdensome national debt.”

Browne also demanded that the U.S. pay the island the millions it owes for a case it lost at the World Trade Organization. The U.S. had decimated the island’s online gambling sector and had prosecuted Americans involved in the scheme. Antigua fought the case and won, but has not received a cent from the U.S., calling it a class case of when “might is right.”