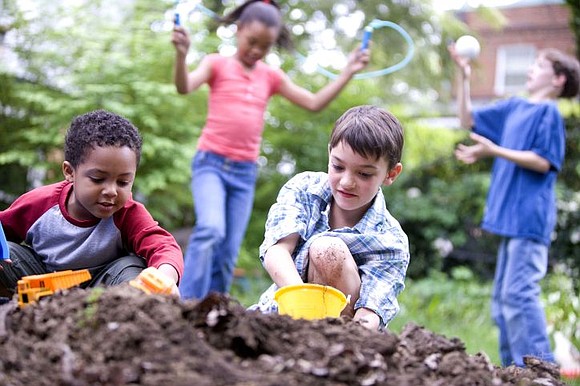 Christ-Mass is a time when the inhabitants of the Earth should share and give instructions to their children about humane qualities that will enable them to become the “angels” on Earth. In this column today, I would like to dwell on the many folks who have contributed toward children’s well-being.

The Gospel of Matthew 19:13, states, “Little children were brought for Jesus to lay his hands on them and pray. But the disciples scolded those who brought them. ‘Don’t bother him,’ they said. But Jesus said, ‘Let the little children come to me, and don’t prevent them. For of such is the kingdom of heaven.’ And he put his hands on their heads and blessed them before he left.”

Many great folks have also left their thoughts on the raising of children and how they could become productive members in our society.

James Baldwin: “Children have never been very good at listening to their elders, but they have never failed to imitate them.”

Erma Bombeck: “It goes without saying, that you should never have more children then you have car windows.”

Winston Churchill: “There is no finer investment for any community then putting milk into babies.”

Charles Dickens: “Every baby born into the world is a finer one then the last.”

Malcolm Forbes: “Let your children go, if you want to keep them.”

Kahlil Gibran: “Your children are not your children. They are the sons and daughters of Life’s longing for itself.”

Oliver Wendell Holmes Sr.: “Pretty much all the honest truth telling there is in the world is done by children.”

Randall Jarrell: “One of the most obvious facts about grown-ups to a child is that they have forgotten what it is like to be a child.”

Henry Wadsworth Longfellow: “A torn jacket is soon mended; but hard words bruise the heart of a child.”

Toni Morrison: “Everywhere, everywhere children are the scorned people of the earth.”

Proverb: “Spare the rod and spoil the child.”

Muriel Spark: “Parents learn a lot from their children about coping with life.”

Oscar Wilde: “Children begin by loving their parents. After a time, they judge them. Rarely, if ever, do they forgive them.”

Gerald W, Deas M.D.: “At this Christ-Mass time, children need your presence rather than just presents.”

I hope after reading the above quotes, that you will spend more quality time with your children who, by the way, did not ask to come here. They are the precious diamonds of our society and require special care to make them shine.