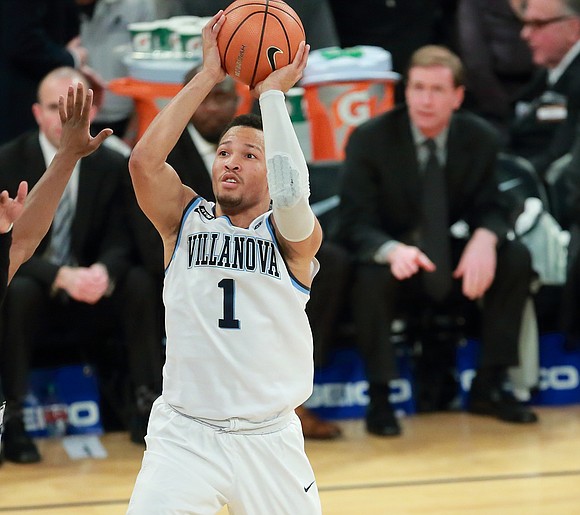 The games are over. March Madness came to its end at the start of April. Sixty-eight NCAA teams started. Only one of the four number ones remained, and the Villanova Wildcats were the last team standing, there to climb the ladder to cut down the net after defeating the Michigan Wolverines 79-62 for the NCAA tournament championship Monday night, their second national title in three seasons.

Villanova, one of the tournament’s four 1-seeds, had an easy time attaining the victory, just as they did against their other five opponents to get to the championship: a 16-point win over Radford in Round 1, a 23-point win over Alabama in Round 2, 12-point wins over West Virginia in the Sweet 16 and Texas Tech in the Elite Eight and a 95-79 double-digit win over Kansas, another of the tournament’s four 1-seeds in Saturday’s Final Four.

Villanova took a 37-28 lead into halftime and began to increase their 9-point margin immediately in the second half. Michigan found themselves down by 22 with less than four minutes to go in the game. They also found themselves on the negative end of 3-pointers, made and attempted—10-for-27 compared with Michigan’s 3-for-23—with offensive rebounds 12 to 6, 38 to 27 overall. And there was Villanova’s sophomore guard, Donte DiVincenzo.

DiVincenzo dropped 18-points off the bench in the first half and totaled 31 on the night.

“I was just feeling it,” was his analysis of his performance.

During the five games leading to the chip, DiVincenzo averaged 11.8 points per game. His highest point tournament totals had been 18 points against Alabama and 15 against Kansas.

“It just shows how much depth we have,” said junior point guard Jalen Brunson, voted last week as this season’s The Associated Press Men’s College Basketball Player of the Year. “If someone’s hot, feed em.” Brunson only hit 9 points Monday night, but averaged 17.3 during the tourney.

“I didn’t know how many points I had,” said DiVincenzo. “I didn’t know any of that. I was just trying to make the right play.” He also credited team forward Omari Spellman’s screens for helping to get him open and create separation.

Villanova’s championship win came two nights after setting a Final Four completion record of 18 3-pointers in a game. DiVincenzo’s 31 was accompanied by 19 from junior Mikal Bridges, 7-for-12 shooting. Bridges is expected to apply from the upcoming NBA Draft in June.