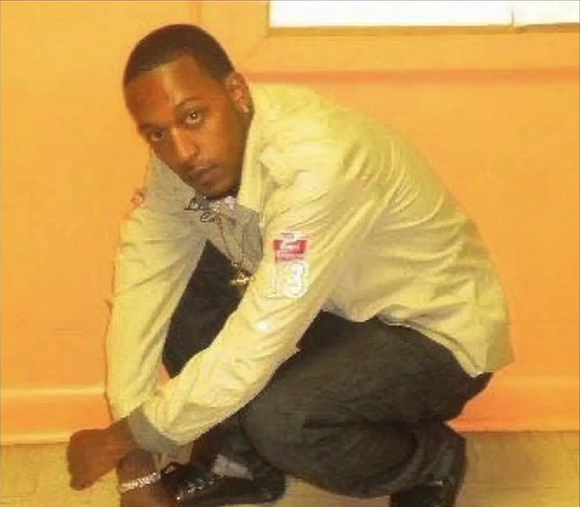 It was a cool Wednesday, April 4, evening on a Crown Heights street. Here comes Saheed Vassell, marching down the street pointing at pipe at people. Locals seemed to know him and recognized that he might just be off his meds and acting out in his “harmless” bipolar way. Some did not, however—and called 911.

The tragic story is that police drove up, saw Vassell, drew guns and fired nine bullets at him in 10 seconds. The calm of Montgomery block on the corner of Utica Avenue in mostly residential Brooklyn was shattered.

Demanding “all the footage” of the police fatal action, speaking next to Saheed Vassell’s parents, Eric and Lorna, the Rev. Al Sharpton, president of National Action Network, said, “The video we’re not seeing is of what the police did. When did they arrive? When did they get out of the car? What did they do? What did they say?”

He added, “We’ve not seen a video of what they say. We have seen up to the point of engagement. So how do we know?”

Chief of Department Terence Monahan said at the time of the killing, “Today at 4:40 p.m., the NYPD received several 911 calls of a man described as a male Black, wearing a brown jacket, pointing what is described as a silver firearm at people on the street. Three different 911 callers described a man with a gun, pointing it at people in the street. There is also video from commercial establishments along Utica Avenue that shows a man brandishing what appears to be a firearm—pointing it at people. Officers responded to the corner of Utica Avenue and Montgomery Street, where they encountered the suspect matching the description provided by the 911 callers. The suspect then took a two-handed shooting stance and pointed an object at the approaching officers, two of whom were in uniform. This is corroborated with video we have reviewed. Four officers then discharged their weapons, striking the suspect. Officers immediately rendered aid to the suspect and requested an ambulance. The suspect was transported to Kings County Hospital, where he was pronounced deceased.”

Even the video released by the NYPD Wednesday shows people running as cops got to the scene. Sharpton said, “None of them said that shots were fired. Whatever happened to Tasers? What happened to restraining? What is the policy?”

As Attorney General Eric Schneider said that he would be investigating the shooting as special investigator, and the Police Department, under pressure, released one of several videos almost immediately, Deputy Commissioner of Public Information Phillip Walzak said, “The NYPD is committed to transparency, as demonstrated with prior releases of body-worn camera footage of officer-involved shootings when it is available. The NYPD is also committed to ensuring that the attorney general can conduct a thorough and complete review. The attorney general’s office has thus far not objected to the release of video in the Vassell case. Today the NYPD is releasing the only footage in NYPD possession at this time that captures the shooting on video. The incident remains under investigation, and any and all materials discovered in the course of this investigation are being delivered to the attorney general.”

Brooklyn Borough President Eric Adams said, “I messaged Attorney General Schneiderman to thank him for opening an investigation into the police shooting of Saheed Vassell in Crown Heights. Tragedies like this are why we fought for an independent Special Investigations and Prosecutions Unit. We must all pursue justice.”

Meanwhile, an emotional and tense rally last week Thursday grew into a march to confront the 61st Precinct in Crown Heights.

It began with speakers and attendees such as Erica Ford (LifeCamp), Shanduke McPhatter (Gangstas Making Astronomical Community Changes), Councilmembers Alicka Samuel and Jumaane William, Linda Sarsour and Carmen Perez from the Justice League and Women’s March, along with the Vassell family, demanding answers.

“You murdered my son,” Saheed's mom, Linda, told the assembled uniformed and community cops. Those on the roof and those in plainclothes got special attention from many irate protestors. While some, such as Williams, asked for patience for an adequate response, most of the crowd were out of patience. Vassell’s blood still stained the street, and the candle and poster sign tribute grew.

Also under criticism were the white gentrifiers, some of whom peppered the crowd and felt the need to add their comments. Others suggested loudly that they remain quiet as speakers vented their emotion.

Because Vassell was a local known to both community and police for his harmless antics, although who actually made the call is not known, it has been widely assumed to be someone who is not a longtime resident.

“You are visitors in our communities,” said Hertencia Peterson. The activist aunt of another police shooting victim, Akai Gurley, warned, “Stop calling 911. Blood is on your hands,”

She told the Amsterdam News, “Gentrification is playing a major part of people of color not only being displaced but plays a vital role in police harassment, murders by police, etc., because gentrifiers  move into our communities thinking they can change our culture, practices without knowing our struggles, history. What they don't know is that when they call 911 on someone, it ends with that individual being murdered, and then victimized by the press, because of their perception. In Saheed Vassell’s case, he was murdered in cold blood. The community knew of his illness. They knew he meant no harm. Saheed should be alive had not that 911 call been made. So to those individuals who called, Saheed's blood is on their hands. Stop calling 911, and our people can live and get the help they need. If they want to be useful in the community, don’t call 911. The mental crisis team should arrive, not police. He was murdered because people thought he had a gun. Their thoughts got him murdered.”

Tired of the killing and the non-accountability, the largely young crowd declared, “Enough is enough!”

Theintercept.com quoted Brooklyn rapper Nuff$aid tweeting, “The NYPD execution of Saheed Vassell was Death by Gentrification. I spoke to my sister who lives a block away. She said everyone in the neighborhood knew him & knew he was mentally troubled. He was harmless. The new neighborhood called 911.”

Sunday afternoon, Sharpton and members of the National Action Network held a news conference outside the Crown Heights home of Vassell’s parents. He was joined by Councilwoman Alicka Samuel and State Senator Jesse Hamilton.

Hamilton announced that, in response to the police shooting, he would hosting an emergency meeting of his Mental Health Advisory Committee Wednesday, April 11, at SUNY Downstate Medical Center.

State Senator Kevin Parker told the Amsterdam News, “The shooting death of 34-year-old Saheed Vassell in Crown Heights once again signals the urgent necessity of the creation of Crisis Intervention Teams—a call I have been making since 2014, when I introduced legislation to that effect in the New York State Senate. The Crisis Intervention Team Act, Senate Bill 6365, is a measure intended to save lives and bridge the chasm between those in emotional crisis and law enforcement.

“Vassell, an emotionally disturbed person who from all accounts was well-known by both community members and police officers in the area, was gun down because the police responded in a manner consistent with their training—which is [to stop] a threat to public safety. With the existence of Crisis Intervention Teams, specially trained NYPD officers would be dispatched, enabling them to respond to emotionally disturbed person calls in a manner that increases the safety of the “emotionally disturbed” citizen, the police officer and bystanders, thereby creating better outcomes for all. In addition, to the specialized training, with the creation of CITs, police officers will have access to mental health professionals who have the tools necessary to defuse situations involving this population segment.

CIT is a vital piece of legislation if we are to circumvent an escalation of reported incidents of people like Saheed Vassell, Deborah Danner and Dwayne Jeune—emotionally disturbed persons who lost their lives at the hands of police gunfire.

“I am urging my colleagues in government to support the CIT legislation so that we can create a safer environment for our citizens and police officers alike when dealing with emotionally disturbed individuals.”

The Manhattan Institute’s The Beat newsletter noted that despite Mayor Bill de Blasio's THRIVENYC mental health initiative, 39 percent of the city’s mentally ill go untreated. The Beat stated, “Vassell, a man suffering from bipolar disorder, was killed by the police in Brooklyn this week after running around and pointing what looked like a gun at people on the street, though it turned out to be a metal rod. The victim’s father acknowledged that his son had been hospitalized for his mental illness but refused to take his medication. This tragic incident again illustrates the need for intensive implementation of Assisted Outpatient Treatment.”

“Our condolences are with the family and loved ones of Saheed Vassell, who was killed by NYPD on the 50th anniversary of Rev. Dr. Martin Luther King, Jr.’s assassination—this being at least the fourth such killing in the past nine months in New York City [Dwayne Jeune, Miguel Richards and Mario Sanabria],” said Anthonine Pierre, the deputy director of the Brooklyn Movement Center, a member of Communities United for Police Reform. “The New York attorney general’s office’s investigation should be swift, thorough and transparent.”

He added, “An unmarked car pulled up in the middle of the day and officers, both in uniform and in plain clothes, jumped out and shot Saheed Vassell in cold blood. The involvement of the NYPD’s hyper-aggressive anti-crime, and the hyper-militarized Strategic Response Group in this killing is problematic and we condemn the SRG’s policing within communities.”

Although de Blasio urged caution and an evaluation of all facts once gathered, Pierre concluded, “If Saheed Vassell experienced emotional distress, it is deeply disturbing that he has become another New Yorker failed by the city and killed by its police department. Despite the mayor and first lady touting their mental health initiative, they continue to be silent about the repeated killings of people in emotional distress by police, which now totals at least 11 in the past four years. There are solutions to these problems that can prevent these killings, but the de Blasio administration needs to be willing to truly listen to people in impacted communities and take action on their solutions to change the status quo.”