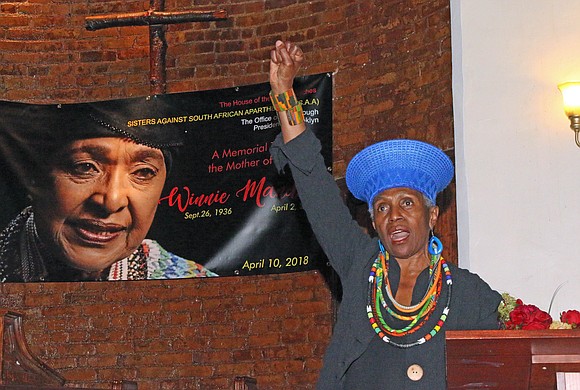 Activists and tristate area people descended upon the Rev. Herbert and Dr. Karen Daughtry’s House of the Lord Church in Brooklyn Tuesday, April 10, 2018. The packed church said a warm thank you and “see you in the world wind” to Mama Winnie Madikizela-Mandela, the “Mother of the Nation,” who died in South Africa Monday, April 2, 2018.

The Daughtrys announced that they will be attending the Mandela state funeral on April 14, preceded by Wednesday’s memorial service. Harassed and tortured by the Afrikaaner government, Winnie Mandela is beloved the world over as the “Mother of the Movement” who kept Nelson Mandela’s legacy alive during his 27 years in prison for fighting apartheid in racist South Africa.