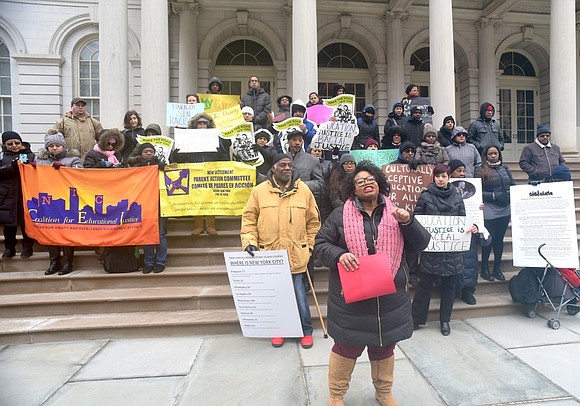 Public school parents from the New York City Center for Education Justice delivered more than 20,000 petition signatures and a stack of culturally responsive books to Mayor Bill de Blasio this week, urging him and his administration to take on racism in public schools.

In February, a white teacher in the Bronx, in a lesson on slavery and the Middle Passage, made Black students in several classes lay face down on the floor and even stepped on a female student while asking, “See how it feels to be a slave?”

Parents say City Hall has not dedicated the funds or resources necessary to prevent more racial incidents from occurring.

The parents want expanded anti-bias training for all teachers, administrators and other school staff; curriculum that focuses on the histories and cultures of African, Latino, Asian, Middle Eastern and Native heritage people and the intersections with gender, LGBTQ and religious diversity; and creating and staffing an Office of Culturally Responsive Education to help integrate Culturally Responsive Education.