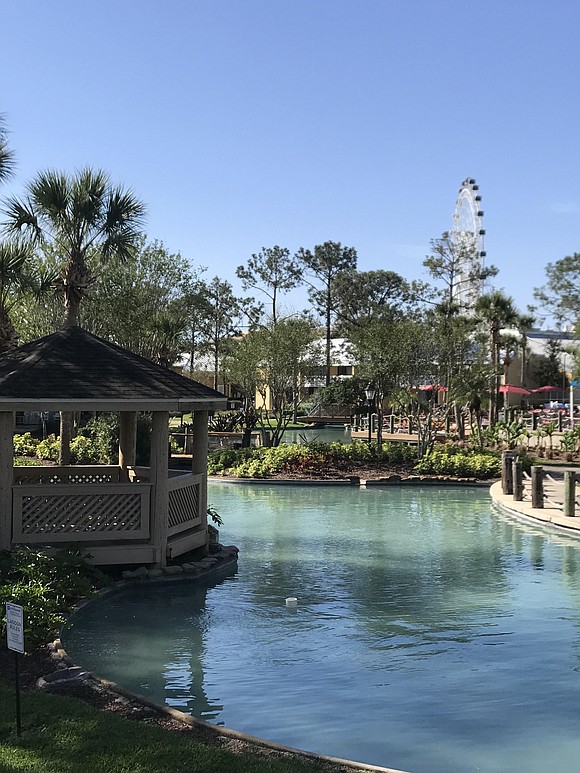 Ask anyone under the age of 10 where they want to spend an entire week and they will all say one place—Orlando, Fla. That’s because, to kids, Central Florida is sort of like that magical land they read about in fairytales. Think about it…there are numerous theme parks and amusement parks sprinkled throughout the area, all trying to out-do one another with the fastest, scariest, most interesting something. Not to mention the restaurants with larger than life shows, or really any other entertainment option. They’re all large-scale daily productions and they all perform above and beyond. Everything in Orlando is more whimsical, more animated. It is no wonder children want to be there—it’s

Unfortunately, for parents, it can be just an overload. With such high costs of everything from admission to food, not to mention the sheer number of options throughout the city, planning a trip to Orlando can be taxing.

If you’re looking for an affordable hotel that’s not only minutes away from the largest theme parks but also the official hotel of some of the most popular attractions in the city, then the Wyndham Resort on International Boulevard is your best choice. The newly renovated property hosted my family and me this past week while we were on our trip and it turned out to be a great choice. The property includes resort-style rooms with everything you’d expect (lots of clean towels, large flat-screens, outdoor balconies overlooking the serene lagoons, impressive shower heads and complimentary Wi-Fi). There are also two swimming pools on property that give guests plenty of space to relax and enjoy the Florida sun. There’s a hip lobby bar for coffee and snacks during the day and drinks at night, the cutest outdoor courtyard area with lounge furniture and “Gatorville,” a poolside grill offering family favorites.

Right off property (literally, steps away) you’ll find I-Drive 360, an exciting family friendly entertainment complex that is home to attractions such as the Coca-Cola Orlando Eye and the Madame Tussauds Museum, as well as restaurants, two nightclubs, video arcade games and nightly live entertainment. The Wyndham is only minutes away from Disney World, but offers complimentary shuttles to Universal Studios and SeaWorld. The best part of the Wyndham is how affordable the nightly rates are, which is even more important during spring break when you plan to stay for several nights and most resorts are known to increase their rates. The average room starts at less than $100 a night and can be booked on their website.

Disney World comprises four theme parks: Magic Kingdom, Epcot, Disney’s Animal Kingdom and Disney’s Hollywood Studios—each quite different from one another. On this recent trip, we spent a full day at Disney’s Hollywood Studios and each of the kids seemed to have left the park having had a fun, memorable time. I would highly recommend this park for anyone with children taller than 48 inches as that is a requirement for most rides.

Disney World is set up to make daily park passes cheaper the more you bundle them with other things. For instance, the price of a park pass decreases if you pair it with a stay on a Disney Resort property, or if you package it along with other day passes. Because we were not staying at a Disney resort, we only planned to visit one day and we purchased our tickets at the ticket booth on the day of, we spent $108 on each child and $114 on each adult ticket. A day pass to Magic Kingdom would have been slightly more, and a one-day hopper pass, which would have given us access to each park for one full day, would have been $174 for adults and $168

I, however, do not recommend making the decision to purchase tickets the day of. If you do, you run the chance of missing all the FastPasses, like we did. Each guest is given three FastPasses with the day pass. The FastPasses allow you to reserve access to select attractions ahead of time with hopes of avoiding the two-hour lines that we often had to wait in. FastPass selections can be reserved 30 days before the date of entry, 60 days if you’re staying at a Disney Resort. Needless to say, by the time we checked the FastPass kiosk, even before 10 a.m. that morning, there were no FastPasses left, and we were stuck in the regular line every single time we wanted to board any ride.

Over at Universal Studios Orlando, things are a little different. There’s not as big of a need to plan ahead because you can buy their version of a FastPass on the day of. We got adult tickets for $115 each and children tickets for $110 each (note: Universal Studios’ sister-park is Island of Adventure and there are options to bundle those parks together). For an extra $70 each we upgraded to the Universal Express Pass, which allowed us to use the express line once for each ride. Although we often still waited 30 or so minutes, it was much better than having to wait two hours. Universal Studios also offers a Universal Express Unlimited pass for an extra $90 for those guests who want access to the express line multiple times each ride.