What happened to Brandy Odom? 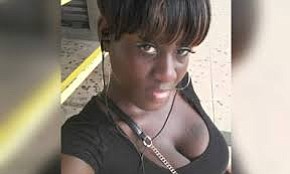 The mother of a woman found dismembered in a Brooklyn park believes the NYPD isn't working as hard to find her daughter's killer because of the color of their skin.

The remains of Brandy Odom, a 26-year-old mom, were found along a bike path at Canarsie Park. A dog walker found Odom's torso along the bike path inside the park. Her limbs were found about a half mile away. Odom's mother remembered her at a vigil Thursday night.