Las Vegas selects Wilson as its ace in the hole 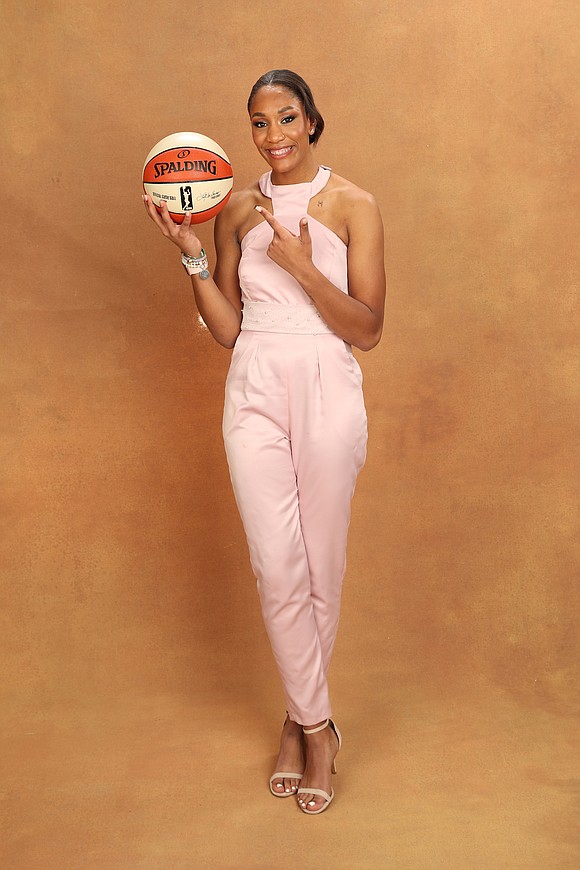 This is season 22 for the WNBA, so the class of 2018 grew up in a world where women’s professional basketball in the U.S. was part of the game. The realization of a lifelong dream brings anticipation, emotion and a sense of accomplishment.

In a surprise to no one, with the top pick of the 2018 WNBA Draft the Las Vegas Aces chose A’ja Wilson, the 6-foot-5 post player who in 2017 led the University of South Carolina to its first-ever NCAA title in women’s basketball.

“It’s such a great feeling,” said Wilson, the Gamecocks’ first No. 1 draft pick. “It means a lot to me to just kind of cap off my collegiate career with this. This is a great class. To be at the top really makes my heart warm. I’m pretty sure you could see my heart pounding.”

The No. 2 pick was Kelsey Mitchell of Ohio State, taken by the Indiana Fever, which is looking to rebuild after a rough 2017. Mitchell gained some insight into the pros when she took part in a USA Basketball training camp.

The third and fourth picks were made by the Chicago Sky. At three, the Sky picked Diamond DeShields, who comes to the WNBA with professional experience after forgoing her final year of eligibility at the University of Tennessee to play in Turkey.

“[Sky coach] Amber [Stocks] actually came out to Turkey to come see me,” said DeShields, who came to New York for the draft and then headed back to Turkey for a playoff game. “Her being the only coach to take out the time and put the extra effort to come all the way out there meant a lot to me.”

At No. 4 was Gabby Williams, the first of three University of Connecticut players to be picked in the first round. “My heart was pounding the entire night. I just hugged my mom and said we did it. It’s been a long journey. To finally hear my name being called, it was amazing,” said Williams.

The other two UConn Huskies in the draft were Azurá Stevens, a 6-foot-6 forward picked by the Dallas Wings, and Kia Nurse, chosen by the New York Liberty.

“I’ve dreamed of this moment since I picked up a basketball, so for it to actually be happening is pretty amazing,” said Stevens.