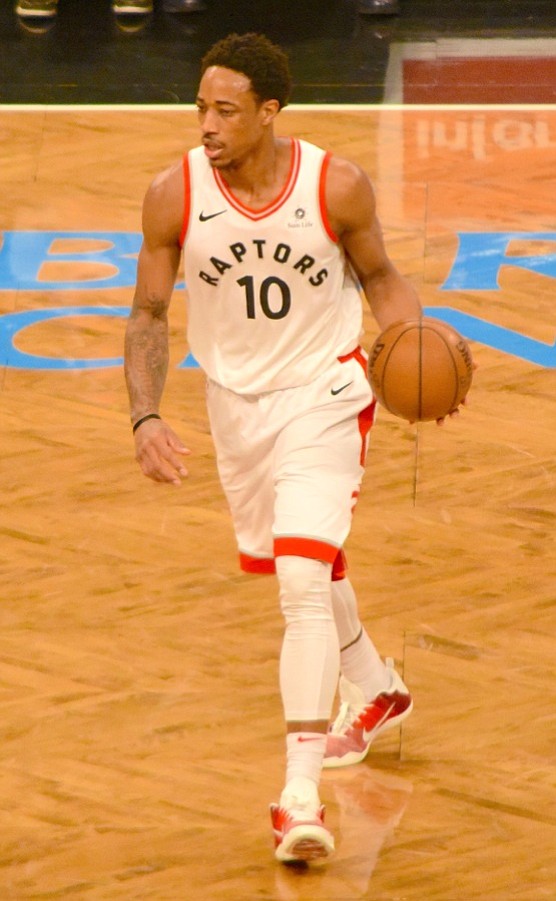 After getting swept 4-0 by the Cleveland Cavaliers last season in their Eastern Conference match up, Toronto Raptors general manager Masai Ujiri and head coach Dwane Casey were acutely aware that their team needed an upgrade. They had become a perennially Atlantic Division power but from the 2013 season through the 2017 season suffered two first-round loses and reached the conference finals only once.

The changes the Raptors made to resiliently come back this season and attain the best record in the East at 59-23 and the second best record overall in the NBA behind the 65-17 Houston Rockets was subtle but significant. Altering and improving their bench, the Raptors, annually one the league’s best defensive outfits under Casey, increased their offensive output from 106.9 a season ago to 111.7 this campaign, moving up from a ranking of 10 to a tie for third.

The second unit, consisting of CJ Miles, Jakob Poeltl, Pascal Siakam, Fred VanVleet and Delon Wright have been arguably the best in basketball. They have alleviated the heavy burden and pressure placed on stars DeMar DeRozan and Kyle Lowry, who during this regular season combined to average 39.2 points per game as opposed to nearly 50 (49.7) last season.

The subs will be instrumental throughout the postseason in helping the Raptors gain redemption after their disappointing performance against the Cavaliers last spring. Anything short of finally making it to the NBA Finals and at last ending LeBron James’s run of seven straight seasons would be crushing.

They are off to a strong start, having taken a 2-0 lead versus the Washington Wizards in their best-of-seven quarterfinal series. In Game 2 Tuesday night, DeRozan dropped 37, center Jonas Valanciunas 19 and CJ Miles 18 in the Raptors 130-119 victory.  It is the first time in the franchise’s history they have opened the playoffs with two wins.

“[We’re] strong as a team, [we’re] not strong as individual players,” said Valanciunas, grossly understating the Raptors’ individual talents “We did it as a team. We were great defending, helping each other, more than our own strengths. I think this is team sport and when you play it together, support each other, help each other, it’s fun.”

The Raptors are still many more battles away from attaining their goal, but optically and statistically, they are better equipped than in seasons past to persevere.