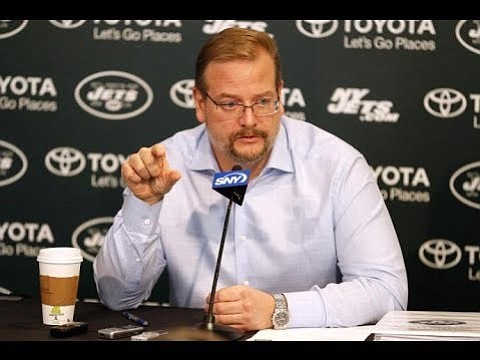 The 2018 NFL Draft begins tonight, Thursday, the first round, and continues through the final rounds Saturday. Held this year at AT&T Stadium in Arlington, Texas, the home of the Dallas Cowboys, the draft has New York Jets and Giants fans here heavily invested.

The Cleveland Browns have the first pick, the first selection overall. The New York Giants pick second and the New York Jets pick third. There’s no telling when either New York team will draft this high again. And let’s not forget the Buffalo Bills, that other New York team, which holds the 12th and 22nd picks, also in the first round.

Teams picking in the top end of the draft are looking for game changers, the best players at their positions. Even though there is a rookie pay scale, unlike years ago, teams want the most for their money—a player who can produce now and put the team or keep the team in contention before they have to write that player a huge check. They want players who will be around eight to 10 years, potential Hall of Fame players.

With these picks, the Browns, Giants and Jets are making decisions for their future. The three share a common thread: uncertainty at the quarterback position. Cleveland’s decision, the first pick, decides how the others pick.

In exchange for a third-round draft pick, Cleveland traded with the Buffalo Bills in March for 28-year-old veteran starting quarterback Thyrod Taylor, a six-round pick chosen by the Baltimore Ravens in 2011. Do the Browns choose one of the available, highly touted blue chip quarterback prospects, 2017 Heisman Trophy winner Baker Mayfield from Oklahoma, 2016 Heisman Trophy winner Lamar Jackson from Louisville, Sam Darnold from USC, Josh Rosen from UCLA or Josh Allen from Wyoming, or just ride it out with Taylor? If they ride with Taylor, then running back Saquon Barkley of Penn State, considered one of the best players in this draft, is their man. He not only runs but also blocks and helps protect the quarterback.

How much faith the Giants have in their 37-year-old QB, two-time Super Bowl champion Eli Manning, could also determine what the Jets do. How much do the Giants believe in their unproven backup, sophomore Davis Webb? Do they stand pat or choose a QB? Do they choose a prospect at another position, or do they cash in by trading the second pick to the highest bidder?

There’s no question as to what the New York Jets, picking third, need—a quarterback. There’s no uncertainty for them.

Currently on their roster is Josh McCown. Signed last season, McCown is a 38-year-old journeyman quarterback turning 39 in July. He led the Jets to a 5-11 record last season. In March, they acquired Teddy Bridgewater, a 6-foot-2, 215-pound first-round draft pick of the Minnesota Vikings in 2014.  Bridgewater started 12 games. His talent earned him the Pepsi Rookie of the Year Award. He was also named to the Pro Football Writers of America All-Rookie Team. In 2015, he led the Vikings to the postseason and secured a spot on the Pro Bowl Team.

A dislocated knee and an ACL tear in August 2016 stalled Bridgewater’s career. He became expendable. The Jets picked him up, an acquisition that could prove to be invaluable. But can he again be the 2014, 2015 Bridgewater?

To help secure a higher position to get the draft pick of their choice, Jets general manager Mike Maccagnan was able to move up from their initial sixth pick to three by giving the Indianapolis Colts their two 2018 second-round selections, and a second-round pick in 2019.

“You feel the pressure to be successful,” said Maccagnan. “But you push it to the side and almost try to operate in a vacuum. I think when you make decisions, you have to do that. You have to make sure you get it right.”

The Jets also have other positions to fill. Their picks will help. They pick eighth in Round 3, seventh in Round 4, 20th in Round 5, fifth in Round 6 and 17th in Round 7.