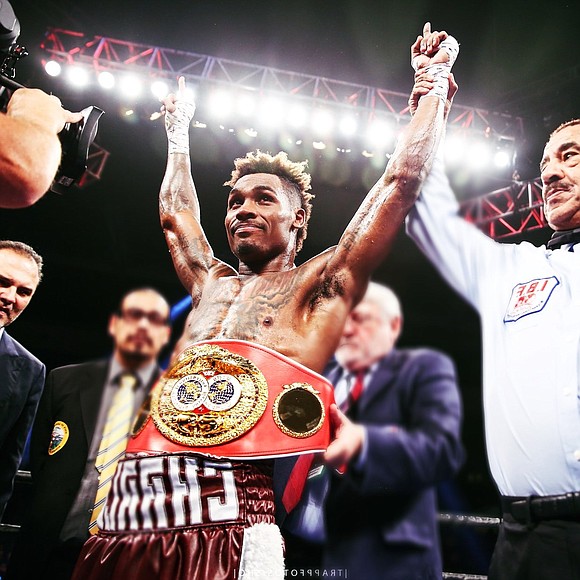 The designation of the world’s best pound-for-pound boxer has always been and remains a highly subjective argument. Today, with a long overdue reemergence of the heavyweights, as the United States’ Deontay Wilder, the WBC titleholder and Britain’s Anthony Joshua, the IBF, WBA (Super), WBO and IBO champion, headed toward the most anticipated match up in the division in well over a decade, the sport has regained some traction lost with the retirement of Floyd Mayweather Jr.

Although boxing no longer stands with basketball, baseball and football as a sport that attracts a wide and diverse demographic of ardent American fans, it has produced many compelling bouts and a crop of skilled and exciting fighters in multiple weight classes over the past few years.

At the Barclays Center in Brooklyn this past Saturday night, the 27-0 Charlo was spectacular in registering a second round knockout over Hugo Centeno Jr. With the scheduled May 5 Gennady Golovkin-Canelo Alvarez rematch in Las Vegas canceled because of Canelo being suspended for six months by the Nevada State Athletic Commission for failing two drug tests, a Golovkin-Charlo pairing could be boxing’s next major draw. Nevertheless, Charlo said he’ll take on whoever his team puts in front of him.

“I’m not a matchmaker,” said Charlo who will turn 28 next months. “I’m not a promoter, manager, any of that. I’m an active fighter. And I fight for a living, that’s what I do. I’ll fight whoever. I’ll fight Canelo if that’s what they want me to do. I’m No. 1 in the world right now. I just moved up to middleweight. This my second fight at middleweight. I’m going for [fight] No. 3…Nobody’s excluded from my hit list ... [I’m going] reign at 160 until I can’t.”