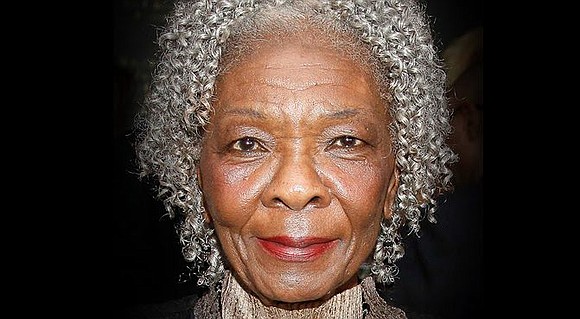 The New York City-born vocalist and composer Allan Harris inherited a hip jazz cat street suaveness that simmers in every song he sets in motion.

Always looking for a challenge and new material, Harris just released his latest offering, “The Genius of Eddie Harris” (Resilience Music Alliance). “In my wildest dreams I never imagined I’d tackle Eddie Jefferson’s material,” he admits. “No one has really tackled a full project of Eddie Jefferson’s with the type of voice that I have, and I wanted to get it exact.”

To accompany his deep bebop voice, Jefferson always had a dynamic band; the same can be said for Harris. On this latest CD, he is joined by the pianist Eric Reed, bassist George DeLancey, drummer Willie Jones III and tenor saxophonist Ralph Moore, along with special guest saxophonist Richie Cole.

April 27-28 at the Smoke Jazz & Supper Club, Harris will premiere his interpretations of Jefferson’s unique style, as he ventures through classic solos from jazz icons such as Miles Davis, Lester Young, Dexter Gordon and Coleman Hawkins.

Dorthaan Kirk’s name is synonymous with jazz as one of the co-founders of WBGO-FM 88.3, Newark’s public jazz station. Her 39 years of experience with the 24-hour jazz station covers everything in project management, from public relations to music publishing and artist management.

The widow of the late saxophonist Rashaan Roland Kirk is more than just a jazz star. She is a mentor of young people, from musicians to many who cross her path. She disperses wisdom while being an adviser and consultant.

She does all that while carrying on as WBGO’s director of Community Relations and Special Events and as the curator of the station’s art gallery. Outside of the station, Kirk curates and hosts a jazz brunch series at the New Jersey Performing Arts Center, which is named “Dorthaan’s Place.” As an active member in her church, Bethany Baptist Church in Newark, she coordinates a free monthly Jazz

Jazz month culminates on International Jazz Day, April 30, with major events going on throughout the city and around the world.

Jazzmobile is the nonprofit organization that brings smiles and sparks everyone to dance, from babies to senior citizens, during their annual free summer concerts in neighborhoods around New York City.

On International Jazz Day, Jazzmobile will present a supervirtuoso lineup for their fundraiser, Keep the Music Playing, at the First Corinthian Baptist Church, 1912 Adam Clayton Powell Jr. Blvd at 116th Street, from 6:30 p.m. to 9:30 p.m.

The Jazzy Award will be presented posthumously to Johnnie Garry for his outstanding contribution to Jazzmobile and the entire jazz community.

Tickets range from $20 to $50. For a complete listing, visit the website

This year’s International Jazz Day in Harlem awardees are the pianists Bertha Hope and Marc Carey and the vocalist Dr. John Mannan. As last year’s honoree, this writer will have the pleasure of presenting to these outstanding musicians who have contributed so much to the music and Harlem community.

The band will include Hope and Mannan, along with vocalist Terri Davis, bassist Kim Clarke, saxophonist Gene Ghee and drummer Michael Flythe.

Some of the exhibiting artists will be Lennox Commissiong, Ademola Olugebefola, Gina Simpson and Minerva Diaz.

Tickets are $20 in advance and $25 at the door. For more information, visit the website dwyercc.org.

In San Jose, Calif., Jazz Day will include an event at First AME Zion Church, honoring Eddie Gale’s 50th year recording anniversary starting on Blue Note Records and his community service as San Jose’s “Ambassador of Jazz” since 1974. He will also be celebrating his new CD release “Remake and Beyond,” a 50th year anniversary collector’s edition.

The trumpeter moved to San Jose in 1972 after his stint as artist-in-residence at Stanford University. His jazz day is acknowledged here for his early contribution to the New York City jazz scene. He is a Brooklyn native and, like his esteemed friends Randy Weston, Max Roach and Cecil Payne, he graduated from Boys High School.

During the 1960s and 1970s he performed in Sistas’ Place, as well as touring and recording extensively with Sun Ra, who he said was a great influence. He has held chairs with John Coltrane, Jackie McLean and Illinois Jacquet. He is recognized in the “Smithsonian Collection of Classic Jazz” with the pianist Cecil Taylor.

Once again, the greedy real estate barons have blatantly exhibited their vampirism for those dead presidents by forcing another great music establishment to close—B.B. King Blues Club and Grill.

The historic venue that has reigned in its Times Square location (237 W. 42nd St.) for 18 years will have its final show April 29 with Buddy Guy headlining. April 28, the building will be a cloud of funk as George Clinton & Parliament Funkadelic hit the stage with special guests, and April 26 features El Gran Combo.

All shows scheduled beyond the April 29 closing date will be moved to various venues throughout the city. The Harlem Gospel Choir will give their final Sunday Gospel Brunch performance at B.B. King’s April 29. B.B. King’s is currently working with the group to find a new home for their weekly residency, which will be announced shortly. Lucille’s Grill, located inside the venue, will remain open until April 29 and will feature sets by the B.B. King Blues Club All-Stars, Jon Paris and A Decade of Soul.

“Despite many sold out shows, the location’s rent escalated to an unsustainable level, leaving us no choice but to close our doors,” said Tsion Bensusan, chief operating officer. “Unfortunately, this has become a growing trend in New York City, with other iconic music venues and businesses falling victim to opportunistic property owners. This venue’s legacy extends much further than the stage, playing a role in Times Square’s revitalization two decades ago. It is a shame that wasn’t taken into consideration regarding its future in the area. We hope that we can find a new place to call home very soon, so we can continue bringing live music to you all.”