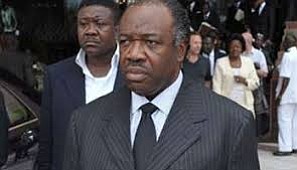 Absent any influence from the White House toward democratic reforms, a number of African leaders are quietly tweaking their laws to ensure a lock on the presidency for decades to come.

Fifteen of Africa’s 54 heads of state hold or have held power for more than 20 years. Yet Africa has the world’s youngest population, in which the median age is 19.4 years.

The past few years have seen presidential term limits ended from coast to coast. In Gabon, the end of term limits this year effectively allowed President Ali Bongo Ondimba to rule for life. The constitutional changes also allow the president to “determine the policy of the nation.” This statement replaces the previous wording that stated he or she would govern “in consultation with the government.”

“The net effect of these changes is to give the president the powers of an absolute monarch,” warned David E. Kiwuwa of Princeton University writing for The Conversation, an online community of academics and researchers. Because Ali Bongo replaced his father in 2009, many Gabonese have only known the family’s 50 year-long father-and-son rule.

Legislative elections are scheduled for this month and prospects for change are on the ballot.

South of Gabon, Denis Sassou Nguesso of Congo Brazzaville won a third term in 2016 after term limits were lifted in a vote the opposition claimed was marred by “massive fraud.”

In neighboring Congo, President Joseph Kabila has promised not to seek a third term but will choose his successor for elections scheduled for December.

In Burundi, a constitutional referendum allowing President Pierre Nkurunziza to remain in office until 2034 is scheduled for May.

Moving to the east, Uganda ended age limits for presidential candidates, a move that favors the 73-year-old incumbent Yoweri Museveni.

And in Sudan, Omar al-Bashir is reportedly seeking a constitutional amendment to permit a third term. His current term expires in 2020.

African leaders “recklessly push their countries down a dangerous path by attempting to cling to power,” said Claire Wilmot in the online African Arguments. But, “it will not be the presidents themselves who suffer the consequences of civil conflict—elites rarely do. It will be the people whose interests these leaders claim to represent.”