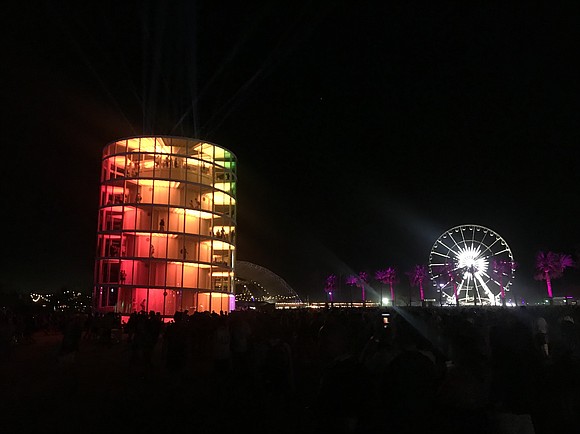 If you found yourself watching Beyoncé’s epic performance from clips on social media or from the live stream on YouTube, then you were probably also overcome by FOMO (fear of missing out) because you weren’t in the crowd at the Empire Polo Club for the annual Coachella Music and Art Festival. Since Weekend 1, I’ve heard many people say, “I’m not missing Coachella next year,” and I believe them. Seeing the event plastered all over social media by everyone from Hollywood starlets to people you went to high school with makes being there a goal—something to check off the bucket list. The good thing is going to Coachella is totally doable. It just takes a lot of planning on the front-end.

First things first. You have to get passes for the festival. Coachella Music and Arts Festival releases their two-weekend lineup immediately after the New Year. They are usually the first major festival to announce their line, so the hype is always huge. You’ll need to determine if you want to attend Weekend 1 or Weekend 2. The good thing is both weekends have identical lineups, so you won’t miss any act if you choose one weekend over the other. Weekend 1 seems to get a little more hype, just because its first and no one knows what to expect from performers, compared with Weekend 2, when most performers put on the same show from the previous weekend. Weekend 1 is also the best time to spot celebrities, if that’s your thing, and there are usually more off-site events being put on by major brands and companies. Weekend 2 is a little calmer. However, there are just as many festivalgoers as at Weekend 1.

This year’s passes for Coachella went on sale within the first week of the New Year. I signed on early to virtually get in line, waited in my place for approximately 30 minutes and by the time it was my turn, all of the passes for Weekend 1 were gone. I attended Weekend 2 last year and really wanted to experience Weekend 1 this year, so I decided to not buy Weekend 2 passes from the Coachella website and instead purchase passes for Weekend 1 on StubHub. Weekend 2 sold out shortly after Weekend 1. By purchasing passes on StubHub, I did pay a little premium, I think an extra $100 or $200, but we ended up paying the same price for VIP passes as a friend of ours did for general admission passes because she waited to purchase hers from StubHub much closer to the actual concert. If you’re going to purchase passes from a third-party, be sure it’s one that offers a money-back guarantee. The festival requires each guest’s pass to be registered, and if you are purchasing a pass from an unreliable source you might get burned.

The truth is, VIP really isn’t necessary. Sure there’s an entire section filled with food and drink options, but you still have to pay for everything and you could get those things out in the general admission area. The VIP section is located near the main stage. Therefore, getting toward the front is a little easier when coming from those gates. However, you could still always walk up to those gates from the general admission area and head to the stage that way.

Lodging for the weekend is also something that needs to be planned well in advance because 100,000 people are all looking for a place to stay and the surrounding area really isn’t that large. There are several options: on-site car/tent camping, on-site premium camping, a hotel room at one of many participating hotels or you can rent a home on websites such as Airbnb or VRBO.

You’ll have to determine your budget and your needs before you can determine where you’ll stay. For instance, renting a home will probably put you a little further away from the festival, but it will give you the opportunity to explore the surrounding town. Most of the hotels listed on the Coachella website offer shuttle services to and from the fairgrounds, which can be really helpful. Camping out is the most logical answer, because it puts you right where you need to be for the duration of the festival. But once your car is parked, you can’t move it until the festival is over. There’s no in and out, so you’re kind of stuck there. Coachella does a really great job going over each option on their website.

If you choose to stay off-site, getting to and from the festival will be your next challenge. You could choose to ride the shuttles, which have pick up and drop off locations all throughout the area, or you can drive. Both years I’ve gotten to the festival by car and both years I’ve sat in traffic. The first year, we didn’t purchase parking ahead of time. So on one day we paid to park in one of the daily lots, but on another we ended up paying to park in a local’s yard. Walking from those lots and that house was taxing, especially when it was time to leave the festival after having spent the entire day there. Also, expect to sit in a ton of traffic both going and leaving. This year, we paid for VIP parking and it is truly the smartest option if you’re going to drive. Although getting out of the lot after the shows did take a really long time, walking to the parking lot from the festival grounds was a breeze and took less than 10 minutes (compared with the nearly 45 minutes it took us to walk to that house we parked at). You don’t have to have VIP passes to purchase VIP parking. However, the VIP parking does lead directly to the VIP entrance, so you would have to walk a little farther to get to the general admission entrance.

I highly recommend downloading the Coachella app before you arrive to the festival. I didn’t use it last year, but I did this year and it helped me out in so many ways. I was able to view the map of the grounds and the lineup and stay aware of all announcements because of the app. It also allows you to create a schedule for the acts you really want to see, and it gives you a 15-minute reminder before their shows so you won’t forget (which is easy to do when there’s so much going on).

The Coachella Music and Arts Festival website goes into great detail on how to plan a trip and it does a great job explaining every little detail. If Coachella is something you really want to check off your bucket list, make sure you take the time to prepare beforehand so you can have the best possible experience.