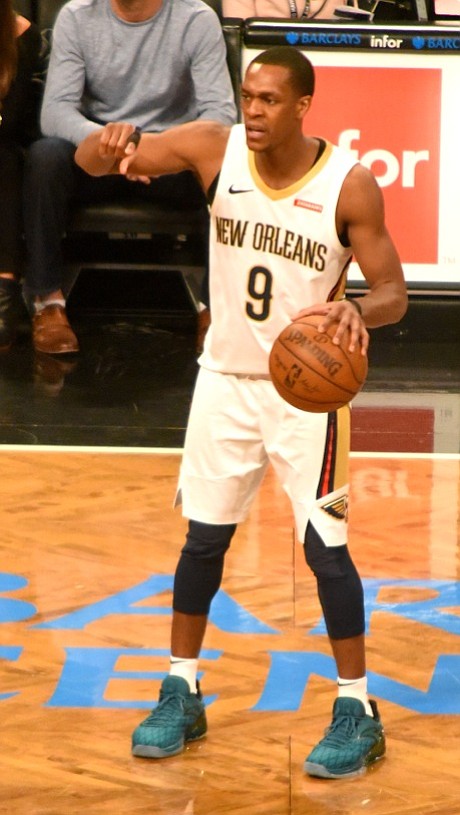 If you picked one of the eight NBA first-round playoff series to end first, and in a sweep, it wouldn’t be one where a 6-seed defeats a healthy 3-seed with home court advantage in either the Eastern or Western Conference.

The New Orleans Pelicans (Western Conference) is that 6-seed. Their four game sweep of the Portland Trailblazers, two games away, two games at home, advances them to the second round, the first team to sweep and to qualify. They now will meet the Golden State Warriors, the defending NBA champions, the 2-seed, in Round 2 beginning Saturday. The Warriors defeated the San Antonio Spurs, closing out their series in five games Tuesday.

“It’s not how we envisioned it happening for us, especially getting home court,” said Damian Lillard, Portland’s point guard. “We just weren’t playing our best basketball.”

The Pelicans were. Except for Game 1 in Portland where New Orleans narrowly won by two, they defeated Portland by nine points in Game 2, 17 in Game 3 and eight in Game 4. Power forward Anthony Davis averaged a double-double, 33 points and 12 rebounds. Game 4, in New Orleans, was a signature Davis game, 47 points and 11 rebounds. Alley-oop passes for crazy one and two-hand dunks. “This was probably the best game he’s played since I’ve been here,” said head coach Alvin Gentry.

Davis’ output was accompanied by 41 points and 8 rebounds from point guard Jrue Holiday, also a signature game for him. Credit Holiday’s backcourt partner, Rajon Rondo, with driving much a portion of the scoring with his 16 assists along with 7 points and 7 rebounds.

“You put the ball in these two guys’ hands and they delivered for us,” noted the pass first point guard. “I couldn’t ask for a better duo right now, especially at the time of the game where we needed to get the ball in the hole.”

The Spurs-Warriors series was shadowed by Kawhi Leonard (Spurs) and Stephen Curry (Warriors) on the sidelines because of injuries, and then the surprise passing of Spurs coach Greg Popovich’s wife, Erin Popovich, 67, last Wednesday, Game 3. Assistant coach Ettore Messina, a Spurs assistant for four years, led the team in the coach’s absence.

It hasn’t been determined if Curry will play in Round 2, the semifinals. Curry, out with a sprained left knee MCL, has not played since March 23. He’s been practicing in a limited capacity.

During the regular season, the Warriors beat New Orleans three out of four times. It should be noted that Gentry, the Pelicans head coach, was the main assistant for the Warriors in 2014-15, the start of their three consecutive NBA Finals appearances.