Nina Simone inducted into Rock and Roll Hall of Fame 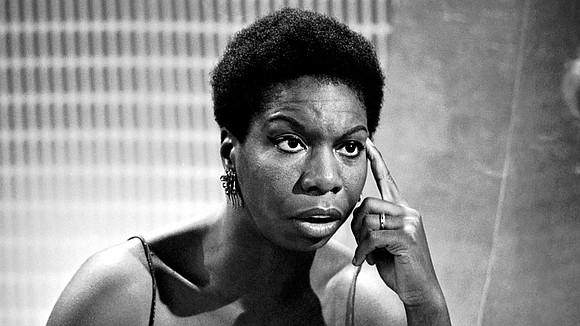 On April 14, irreplaceable soul singer and civil rights activist Nina Simone was inducted into the 33rd annual Rock and Roll Hall of Fame, along with Bon Jovi Reunites, The Cars and Dire Straits. Simone, who died April 21, 2003, was honored with a speech by the queen of hip-hop/soul, Mary J. Blige, at the ceremony in Cleveland’s Public Auditorium. Her nearly 20-minute speech was heartfelt and

“When I heard ‘Ne Me Quitte Pas’ for the first time, the song she sang in French, I couldn’t understand a word she was saying,” said Blige. “But I felt everything she was saying, all this deep emotion and pain of her longing for someone seems to be what she was singing about. Her song ‘Mississippi Goddamn,” which was her first civil rights song in response to Medgar Evers’ death in Mississippi and the four little Black girls in the Alabama church bombing, gives us chills with its anointing and frustration and anger [at] the racism that was going on in the world.”

Blige continued, “Nina was bold, strong, feisty and fearless, and so vulnerable and transparent all at the same time. Her voice was so distinctive and warm and powerful. I never heard anything like it. She knew who she was, and she was confident in what she did and why she did it. But it was often the lack of confidence in herself that people could relate to. Nina sang for all her pain, her joy, her confusion, her happiness, her sickness, her fight. She fought through all the stereotypes. She fought for her identity. She fought for her life…”

As a cornerstone in entertainment’s fight against Jim Crow, Nina Simone’s music penetrated the American masses and highlighted her undeniable commitment to ending the abuse of Black Americans, with songs such as “Mississippi Goddamn,” “Four Women” and “Why” (“The King of Love Is Dead”), a tribute to the life of the Rev. Dr. Martin Luther King Jr.

Simone not only inspired an American movement but also brought a new attitude and musical inspiration to the current artists, which is why Blige’s speech was so important. Blige was slated to play Simone in a biopic before a cast change had actress Zoe Saldana play the part.

Simone’s brother, Sam Waymon of Nyack, N.Y., accepted the award for his late sister at the ceremony.