Christina Lewis: Living on the legacy 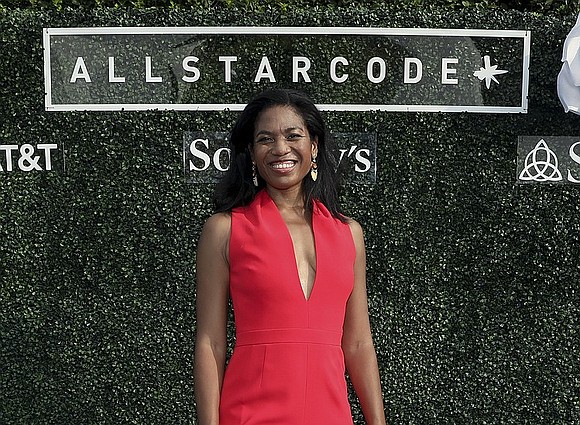 Christina Lewis is the daughter of late Black billionaire and business legend Reginald F. Lewis. Today she’s carrying on his legacy, giving African-Americans the tools for success as founder and CEO of the nonprofit organization All Star Code, which teaches Black and Latino boys computer skills.

Since launching the organization in 2014, hundreds of young men have graduated from the program with skills they can use to be part of the tech job market. All Star Code recently held its fifth annual Summer Benefit in East Hampton, where $900,000 was raised for the organization.

“I couldn’t do anything with my time if I wasn’t helping Black people,” she said in a recent interview with the AmNews. “Given the state of what is happening, there is so much need. I just don’t think I could not be doing something to help.”

Growing up in New York and Paris, Lewis said that she lived in a high-achieving household with her father and mother, Loida Nicolas Lewis. She said her father made sure the she knew Black history and about what success means.

“My father made me aware we had advantages because of how hard he worked,” Lewis said. “There was such a strong emphasis on Black history. Every month was Black History Month in our house.”

Lewis said her father also showed her the business side. Reginald Lewis is best known for owning snack food, beverage and grocery store conglomerate TLC Beatrice Foods, which he built into billion-dollar company. Lewis often accompanied her father at work. She was only 12 when her father died in 1993.

After graduating from Harvard University, Lewis worked as a journalist for Court TV, the Stamford Advocate in Connecticut and The Wall Street Journal.

Her interest in technology came when she went to a tech conference in Florida in 2011 and noticed the lack of diversity in the field. After talking with several people about the issue, she founded All Star Code.

“Tech is everything today and it’s running our civilization,” she said. “When I looked at all of the computer science organizations, I noticed they were focusing on girls or coed programs. Nothing was focusing was on young men of color.”

Lewis added that by teaching young Black and Latino men skills in tech, she is making them ready for a job market in which there is an abundance of jobs. All Star Code aims to develop a new generation of entrepreneurs. The organizations flagship program, the Summer Intensive, is a six-week coding boot camp where young men learn computer science.

All Star Code has partnered with several companies, including Spotify, Yahoo, Comcast, JPMorgan Chase and Facebook.

In its first expansion city, All Star Code has a program in Pittsburgh partnering with Chatham University.

“This is a movement that’s about America being equal,” Lewis said. “When you meet the students, they are so strong. This has made such a huge difference in their lives.”