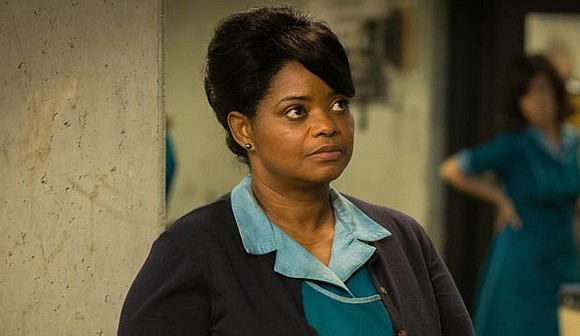 Octavia Spencer in "The Shape of Water" O

According to the Hollywood Reporter, Netflix has given a series order to executive produce Octavia Spencer’s Madam C.J. Walker project, which stars the Academy Award winner as Sarah Breedlove, the Black hair care pioneer known as Madame C.J. Walker, who became the first Black female millionairess. Spencer, who most recently earned an Academy Award nomination for her work in “The Shape of Water,” will also star in Apple’s upcoming podcast drama “Are You Sleeping” from Reese Witherspoon.

Listed with some of the world’s most style-setting fashionistas such as Meghan Markle, the Duchess of Sussex, and songstress/actress Janelle Monae, celebrity philanthropist/author Jean Shafiroff was recently chosen as the “Best Dressed in Ball Gowns” for the Daily Fashion Report’s 2018 New Best Dressed List. An undeniable force in style and fashion, Shafiroff is renowned for her ball gown collection. The 2018 New Best Dressed List said of Shafiroff: “Her full-on ball gowns are quite grand and entrance-making, and while they are as notable as her tireless charity work, she is always quick to emphasize that it is her philanthropy and humanitarian efforts which are her top priority.”

With a growing national and even international fan base, Kyle Knight is set to entice new listeners with his full EP release, “The Truth.” With each riveting song, he offers up versatility in tracks with just enough added social awareness to keep everything sharply relevant. Much like Marvin Gaye’s “What’s Going On” did for one generation, “The Truth,” which was released June 1, 2018, chronicles Knight’s own generation. As with all his personally written songs, “The Truth” gets to the heart of not just social but cultural reflections on what America looks like once we peel back the surface gloss to see what is really happening.

The 2018 Essence Festival took place July 5-8, 2018, in New Orleans, and among the highlights presented by major sponsor AT&T were events that recognized the importance of human connectivity in our everyday lives. For the first time in nearly two decades, Essence Magazine is a fully Black-owned publication under the leadership of business mogul Richelieu Dennis, chairman, Essence Communications, Inc.; and Michelle Ebanks, president, Essence Communications, Inc. Tanya Lombard, head of Multicultural Engagement and Strategic Alliance for AT&T, who was born and raised in New Orleans, created “The Humanity of Connection” series, which featured Mary J. Blige.