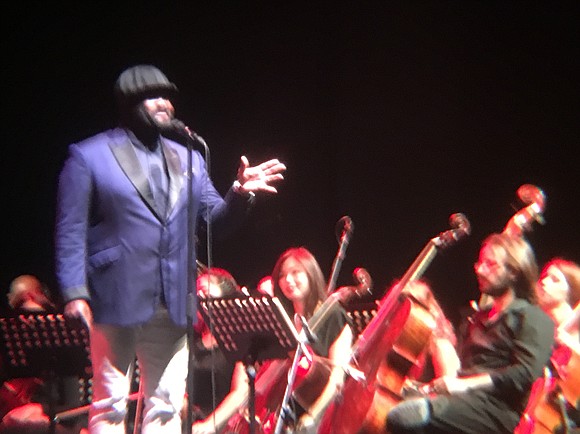 Covering the Umbria Jazz Festival was somewhat of a surreal experience. Hanging out in the old town center of Perugia, watching musicians in real time while strolling by such historical sites as the cathedral, the Etruscan Well (dating back to the third century) and the House Museum Palazzo Sorbello, a palace dating back to the late 16th century that was bought in 1780 by the Marquis Bourbon di Sorbello.

The constant dilemma was whether to stop for gelato, pizza, pasta or Italian beer. No, no. There will be time later. Right now, jazz is in the air and shouting my name, so it’s off to Jazz Goes to the Museum for Dan Kinzelman’s “Ghost,” with multi-instrumentalists Mirco Rubegni on trumpet, French horn and snare drum; Manuele Morbichini on alto saxophone; Rossano Emili on baritone saxophone and bass clarinet; and Kinzelman on flute, clarinet and tenor saxophone.

As with a ghost, you didn’t see what was coming. They looked like a chamber music quartet. Playing all original tunes (by Kinzelman), they started out in a classical zone that swayed into an intuitive improvisational stream that continued to flow with more intensity. Yes, avant-garde lives. Lester Bowie and Eric Dolphy would be pleased.

Hargrove, never one for categorization, grooved through jazz traditions to R&B to hip-hop beats. His arrangement of Sam Cooke’s “Bring It on Home to Me” was all jazzed up. Hargrove was in rare form as he danced and sang on the tunes “Never Let Me Go” and “Soothe Me.” During his flugelhorn solos on ballads such as “I’m Glad There Is You,” one doesn’t know whether to cry or sigh. His abled band was a high rising force throughout.

Who would have thought Take 6, the youngers, who organized the original a capella group in 1980 while attending Oakwood College in Huntsville, Ala., would still be going strong.

For this festival, the sextet paid tribute to one of their mentors Al Jarreau. They stated that, aside from Jarreau’s advice, he took them on their first tour in 1989. They opened with his hit “We’re in This World Together.” It was trumpet vocalese on Miles Davis’ “Seven Steps to Heaven.” At times the sextet transformed into a duo, solo or trio and moved over to play various instruments.

The members of Take 6 are Claude McKnight, Mark Kibble, David Thomas, Alvin Chea, Joey Kibble and Christian Dentley. For an encore, they harmonized on the word “Hallelujah.” Molto bene! Just one word in six-part harmony. Their performance was a spirited sermon enriched with power, hope and courage. As they noted, “This is dedicated to Uncle Al, to say thanks.”

The pianist, composer, producer and bandleader Vijay Iyer lit up the concert hall with his sextet as they played music from his latest CD, “Far From Over” (ECM). The only member not present from the recording was drummer Tyshawn Sorey, replaced by 23-year-old Jeremy Dutton, who was very impressive.

Iyer, who likes extending his playing beyond the traditional jazz barriers was joined by his regular abled sextet that included alto saxophonist Steve Lehman, tenor saxophonist Mark Shim and Graham Haynes on coronet and flugelhorn.

The sextet flirted with tradition before leaping into a free form that encompassed classical phrasing. The music is explosive as a firecracker, always exciting but never harsh on the eardrums. “The title refers to problems in America and other parts of the world,” said Iyer. “The struggle against racism and fascism is ‘Far From Over,’ the struggle for civil rights, women’s rights and equality is ‘Far From Over.’”

David Byrne was a big deal at the festival. He was one of the artists most were looking forward to seeing, which made sense because he is a creative innovator. He is a multi-instrumentalist, singer, songwriter, record producer, actor and writer whose music covers categories from new wave, post-punk and worldbeat.

Before his introduction—David Byrne “American Utopia”—the stage was bare, no piano, drum set-up, bass, nothing. His 11-piece ensemble hit the stage, all wearing gray three-bottoned suits like Byrne.

The concert became a jump-up dance party when Byrne demanded security to stop harassing people, who were trying to dance: “If you stop them from dancing, the concert is over.” Nuff said!

The musicians Aaron Johnston on bass drum-snare/hi-hat and Daniel Freedman on bass-snare/hi-hat had their instruments strapped to them, allowing the entire ensemble an opportunity to take up the entire stage, marching and falling into some creative choreographic moves. Having the musicians carry their instruments while opening the stage up for various modes of creativity is genius.

Byrne asked Janelle Monae’s permission to use her song “Say My Name.” Accompanied by a strong marching beat, they called out the names of African-American men and women who have been victims of violence, interspersed with chants of “Say his/her name.” Among those are recent victims of police brutality, including Walter Scott, Freddie Gray, Sandra Bland, Kimani Gray, Michael Brown and Miriam Carey. Emmett Till was also included.

The ensemble was a real force and guitarist Angie Swan was outrageous.

The singer/songwriter Somi introduced the audience of Perugia to Harlem as she sang such songs as “Like Dakar,” a ballad of displacement through gentrification, something that happens in Harlem as well as in Africa. The song “Alien” refers to immigration. Somi is a storyteller with an activist perception in the tradition of Nina Simone, Abbey Lincoln and Miriam Makeba (who shares her African roots). These songs were from her latest CD “Petite Afrique” (Sony Music).

The Not A What quintet that featured pianist Giovanni Guidi, trumpeter Fabrizio Bosso, saxophonist Aaron Burnett, bassist Dezron Douglas and drummer Joe Dyson. This young quintet played with the intensity of a roaring bullet train on “Straight Life” and eased into the station for their encore, “My Funny Valentine.” The musicians met 12 days before the gig and rehearsed all of three hours. Despite their brief collaboration, the performance was effortless.

Kurt Elling’s distinctive vocal instrument, that tenor intonation and phrasing, sets him apart from other males in the jazz pool. His choice of material is usually off the beaten path, such as his rendition of Bob Dylan’s “A Hard Rain’s A-Gonna Fall,” “I Have Dreamed” and Paul Simon’s “American Tune,” all from his latest release “The Questions” (Sony Music). For this live outing, Elling featured a fellow Chicagoan, the trumpeter Marquis Hill. “He’s a natural fit,” said Elling. His encore was an a capella “I Remember Jon Hendrix” with Hill.

If dancing was your goal, all you had to do was follow the sound of the washboard to Rockin’ Dopsie Jr. & The Zydeco Twisters. During their late night or afternoon concerts, they kept adults, teenagers and college students dancing for the shows’ duration. “We have so many diverse musicians in the group, we do it all R&B, funk and blues,” said the leader, vocalist and washboard player David Rubin. “I call songs by the vibes of the audience.” On one late night, the nine-piece band that includes his two brothers, drummer/vocals Alton Rubin Jr. and accordionist Anthony Michael Rubin, had the outdoor audience in a frenzy dancing to tunes such as “Purple Rain,” “Hey Jude” and “I Shot the Sheriff.” They hail from New Orleans, playing the hot roots of Louisiana’s zydeco music.

The Umbria Jazz Festival ended on a high note with Harlem’s favorite son, the vocalist Gregory Porter. It’s a pleasure to see Porter at such international festivals, having risen from Harlem’s St. Nick’s Pub. Porter brings the soul, like a southern Baptist minister. His sermon for the evening came from his latest CD “Nat King Cole & Me” (Blue Note Records).

Porter stood tall like a Black prince, in a blue tuxedo sports jacket with white pants and his familiar black cap. He sang under the Perugia moon as that hip breeze carried his tenor-tinged interpretations of “Mona Lisa,” “Ballerina,” “Ms. Otis Regrets” and “I Wonder Who My Daddy Is” high into the sky as the “King” looked down with a smile and said, “You sound good kid, unforgettable.”

The 70-piece Umbria Jazz Orchestra, directed by Vince Mendoza, was such a beautiful accompaniment for Porter. Together they touched the audience’s inner being like a mother’s kiss.

That is how the Umbria Jazz Festival ended, with exceptional moments that will linger for heartbeats to come. Music defies any language or race. It heals souls and brings the world together for a higher groove.