Thousands of people from across the country gathered in San Antonio, Texas for the 109th Annual NAACP Convention 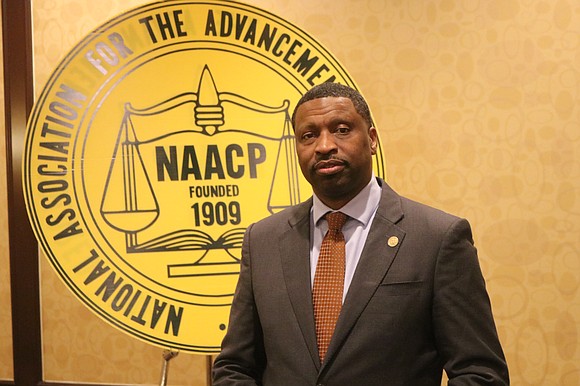 The daring theme of this year’s convention (“Stop Hate, Vote”) was right on target, given that the 2018 midterm elections are just a few months away. Panels and breakout sessions also focused on social justice and civil rights in the Trump Era, conversations that NAACP President and CEO Derrick Johnson deemed “highly necessary.”

“As we begin to look at the critical landscape—with the increase in intolerance and hatred—we realize that the 2016 elections resulted in a new level of boldness for racists to display their racism,” Johnson said. “The only way to counter that is to vote…Vote on the midterm elections, so that we can hold elected officials accountable and make sure that they implement positive change.”

The convention also included a diverse career fair, educational seminars, workshops on public policy, and a special hip-hop summit. Johnson also spoke about the importance of millennials and their community and political engagement.

“Millennials should understand that their role in democracy is the same as everyone else’s,” Johnson said. “We are African Americans first and we owe it to our communities to use all of the tools necessary to better impact our society.”

“In this new era of xenophobia, neo-Nazism, White nationalism, and current efforts to take our nation back to a darker and more dangerous time, I have come to San Antonio, Texas to say to the NAACP and our allies, ‘the time has come to defeat hate.’”

Russell continued: “We call on voters, especially millennials of color, to stand against the face of bigotry and divisiveness.”

Acknowledging that nearly 63 million Americans voted for the current president and that Black voter turnout declined, Russell still expressed hope for the future.

“Our hope is to vote out the hate and we need everyone to vote,” Russell said.

The NAACP also honored Willie Brown, San Francisco’s first Black mayor, with the “Spingarn Medal,” the organization’s most prestigious award; the award was in recognition of his years of civil rights work and dedication to the betterment of the Black community.

Former President Bill Clinton presented the award to Brown and paid tribute to the civil rights activist. Brown said that the Spingarn Medal represented his dedication to public service and the community.

“The NAACP is just as relevant today as it was 50 years ago,” Dr. Chavis said. “The potential that the organization has with these millennials is even greater. The NAACP literally has the opportunity to embrace these young lives and thus be embraced, to create an even better, bolder organization for the lives of all people.”

This article was originally published at BlackPressUSA.com.