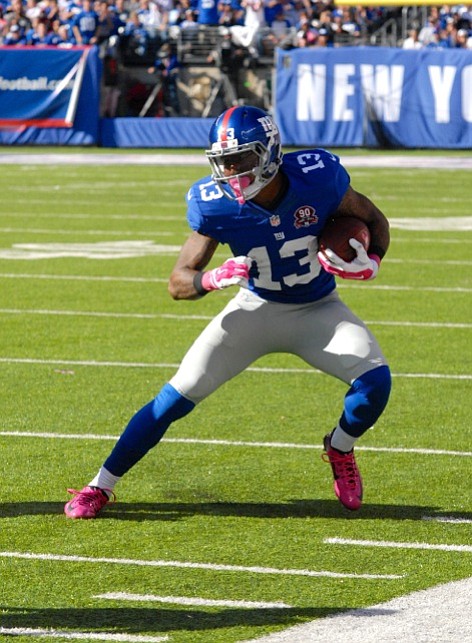 For veteran players and unproven young aspirants alike, training camp can be an exercise in laborious repetition, as they bang bodies against teammates in the sweltering summer heat eager to face someone in a different uniform.

Tonight, the Giants will get that opportunity when they open their preseason schedule against the Cleveland Browns at MetLife Stadium in East Rutherford, N.J. It will be the first of four preseason games for the Giants and a matchup of teams with the two worst records in the NFL last season.

The Browns were 0-16 and the Giants went 3-13, gaining the franchises the No. 1 and No. 2 picks, respectively, in this past April’s draft. The Browns selected Heisman Trophy winning quarterback Baker Mayfield and the Giants chose Bronx-born running back Saquon Barkley from Penn State.

With a new coaching staff, led by first-year head coach Pat Shurmur, there will be an expansive assessment of the Giants’ offense, defense and special teams over the duration of preseason with players vying for starting positions, and second team roles and some just fighting to earn a spot on the 53-man roster.

“We want to have enough information on the guys that are playing for us to decide, ‘Are you one of our 53?’” said Shurmur from Giants training camp Monday. “So we need to see them in games.”

He continued, “We also need to remember that we’re still in training camp and so guys are only going to play a portion of the game. They’re not getting quite as much rest leading up to the game as they would as if this was during the season where you’re really managing that the best you can.”

During this preseason, there will expectedly be much focus on and questions regarding the Giants’ high profile players. Will Barkley prove to be a transcendent talent as many longtime football observers have predicted? Will 37-year-old quarterback Eli Manning have a resurgent season and eradicate doubts about his capacity to guide the Giants to the postseason? Will left tackle Nate Solder, signed to a four-year, $62 million free-agent contract in March after seven extremely productive seasons with the New England Patriots, solidify a dubious offensive line?

How will wide receiver Odell Beckham Jr. respond on the field after sustaining a fractured left ankle in Week 5 last October? Furthermore, how will Beckham emotionally react if he is not afforded a new, lucrative long-term deal by the Giants before the start of the regular season as he currently plays out the final year of his rookie contract?

The preseason, particularly the first game, is not a reliable barometer. Yet it will offer some measure of perspective on individual players and systems. Tonight’s game will provide initial looks at rookies who could make significant impacts for the Giants this season.

Rookie defensive tackle B.J. Hill, a third round pick (No. 69 overall) from North Carolina State, has already been listed as a starter on the Giants’ unofficial depth chart. Fellow third round pick Lorenzo Carter (No. 66) from the University of Georgia has been tabbed as the second team outside linebacker, and second round pick Will Hernandez out of the University of Texas El-Paso (No. 36) has been installed as the starter at left guard to help anchor the offensive line.