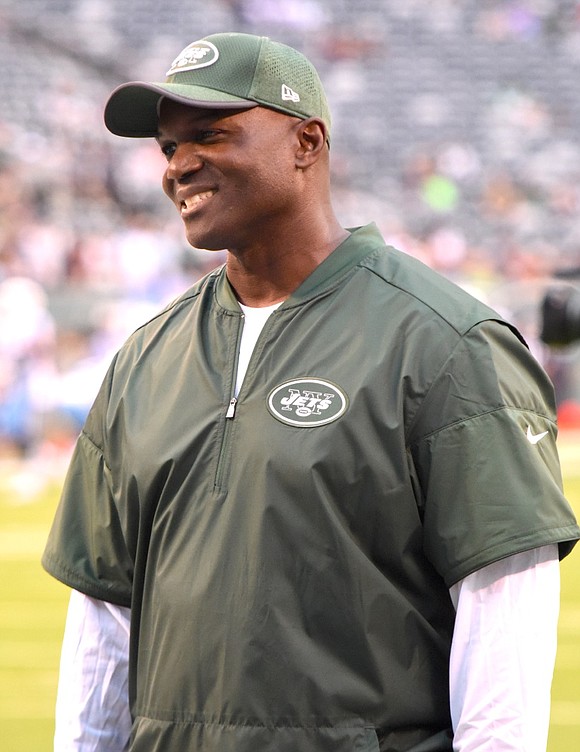 The New York Jets will take the field tomorrow night for their first 2018-2019 preseason game. They’ll host the Atlanta Falcons at their home in the Meadowlands, MetLife Stadium.

It’s a new season and a new start as the Jets, led by head coach Todd Bowles, prepare for the regular season, which begins for them Monday night, Sept. 10, a road game in Detroit against the Lions, followed by a home game Sunday, Sept. 16, against the Miami Dolphins and a road game in Cleveland against the Browns Sept. 20. Three scheduled games in 11 days is only one of the issues that face the Jets’ third-year coach.

This year, Bowles starts his season with three quarterbacks. Veteran journeyman Josh McCown, 39, is in his second season here. His age is an issue. Although he’s experienced, the team can’t build its future around him.

Bridgewater, turning 26 in November, is coming off a torn ACL and structural damage to his knee in August 2016. He’s only played once since then, a fourth-quarter appearance in Week 15, November 2017. In the two years that he’s played, Bridgewater has started in 28 games—12 in 2014 and 16 in 2015. He also has playoff experience—one game, a loss.

Giving consideration to how the past two years have been, Bridgewater is happy about his progression.

“Right now, I’m doing everything I dreamed of doing, and that’s waking up and continuing to play football,” he said. “I’m looking forward to these upcoming preseason games, just getting out there and having fun, playing football again.”

His knee is holding up. In the third week of camp, Bowles has been impressed.

Bowles said, “Work ethic, intelligence, driven to get better. Very accurate. Very good on the run. He has been a great team player, great in the meeting room, and for the guys as well.”

And then there’s Sam Darnold, 21, picked third overall by the Jets from USC in this year’s NFL Draft. The Jets had to make deals to get the third pick. The Jets are all in on Darnold, the rookie.

“This is the best three quarterback combination room I’ve been around from a mental standpoint,” Bowles stated. “That is great to have.”

If Bridgewater or Darnold quarterbacks this team, it’s important that he develops as a player, becomes star a QB. It’s expected. It’s needed for Bowles’ resume. Some wins are also important. Mounting Jets losses, premature to talk about now, will only provide a career opportunity for someone else.

When asked about the importance of these preseason games for Darnold, Bowles replied, “It’s a measuring stick for everybody, not just Sam. We have a lot of guys fighting to make this team, so preseason games, doing it in practice and doing it in preseason when the lights are on, measures up every position.”

Development, wins and losses during the regular season will be a major test and measuring stick this season for Bowles. It’s about the short-term and the long-term at the same time. The lights are on.