Smartball and Golden Hoops basketball tip off this week in Harlem 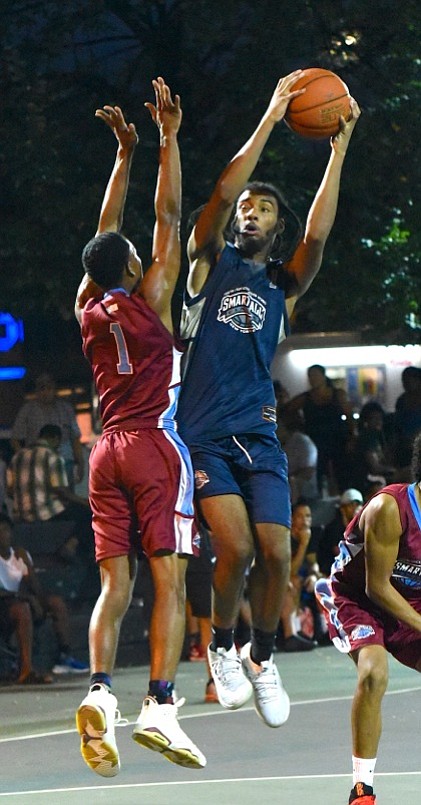 The start of August and Harlem Week brings high school basketball fans the Smartball Classic and the Golden Hoops, both tipping off this week.

Smartball, played on the Lincoln Playground court at 135th Street and Fifth Avenue, features 22 teams competing in a single-game elimination. Beginning this week, it’s one and done to the championship game Thursday, Aug. 23.

The Golden Hoops are played at Each One Teach One Park at East 129th Street and Lexington Avenue today and tomorrow (Thursday and Friday), the qualifying rounds, and at Rucker Park at 155th Street and Eighth Avenue, Saturday and Sunday. The semi-finals and championship feature eight teams. It’s also single elimination.

Both St. Raymond High School in the Bronx, last year’s tournament winner, and Iona Prep in New Rochelle, the runner-up, are participating again this year. They’re on the schedule for next week.

In addition to basketball, Smartball helps college-bound student athletes and others interested in attending college to qualify for college admissions, to seek athletic and academic scholarships and with their SAT and ACT preparation.

“There’s an ever growing need in our society to help student-athletes move beyond their athletic prowess to achieve significantly in their classrooms and develop as leaders,” said Russel Shuler, CEO of Smartball and YES Inc. “That’s what we’re all about, developing future leaders.”