Another season completed, in the books for the Rucker Summer League 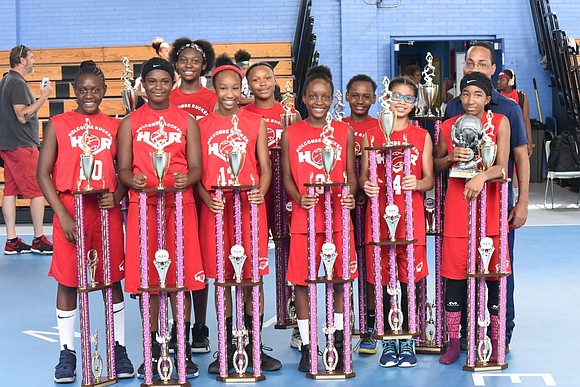 The 68th annual Holcombe Rucker Summer League concluded Sunday with seven championship games at the Milbank Center on West 118th Street between Lenox and Fifth avenues. Besides the competitiveness, of course there were some of the usual story lines that can accompany any youth sports league today—the malcontented coach, an unhappy player and the boisterous-disgruntled parent or relative in the stands whose young tyke didn’t take home the league’s winning trophy. And let’s not forget those who want you to know that they know the rules better than the referees.

Brooks, Costillo and Coston were game MVP’s, recipients of the Holcombe Rucker MVP Award. Savion Janasten (10 and under), Braylin Sanjurjio (12 and under), Dior Davis (16 and under) and Zoe Francis-Buckley (fifth- and sixth-grade girls) were also recipients.