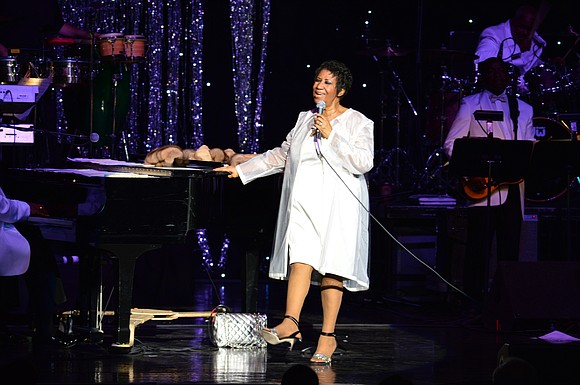 The Queen of Soul, Aretha Franklin, died Thursday according to reports after battling with illness. She was 76.

In the days leading up to her passing the legendary singer received an outpouring of prayers and support after news that her health was failing and she was in hospice care in Detroit.

The world learned Monday that Franklin was seriously ill, according to a person close to her who told the media. Franklin has been battling undisclosed health issues since 2010. She was ordered by her doctor to cancel several performances earlier this year because of health concerns.

By Tuesday, it was revealed that Franklin was in hospice care surrounded by family and friends. Celebrities, including singer Stevie Wonder and civil rights leader Jesse Jackson, came to visit her.

Franklin’s nephew said in one report that she is “alert, laughing, teasing [and] able to recognize people.”

“Family is there with her,” Tim Franklin said. “She’s home. I saw her a week ago Friday, and we talked for about 45 minutes to an hour. My brother was there Saturday, and she was alert, talking, laughing, joking.”

Born in Memphis, Tenn. in 1942, Franklin’s career spans more than six decades. She’s known for her powerful voice and chart-topping songs, including “Respect,” “(You Make Me Feel Like) A Natural Woman,” “Jump to It” and “Chain of Fools.” She’s had 17 No. 1 singles and earned 18 Grammy Awards, selling more than 75 million records.

“Most people knew Aretha for her chart-topping hits that cut to the core of the human experience – no matter your background," Rev. Al Sharpton said in a statement. "But I knew Aretha for the civil rights and humanitarian icon that many forget: the Aretha that uplifted her community and the civil rights movement through unbelievable generosity, valuable counsel, and unfailing integrity and activism – backed up by an unmatched humility and commitment to serve."

Social media continues to be flooded with prayers and tributes for Franklin from fans and celebrities. Patti LaBelle, Mariah Carey, Faith Evans, Lenny Kravitz, Anita Baker and others showed their support for Franklin on Twitter.

During their concert in Detroit Monday, Beyoncé and Jay-Z paid tribute the legend.

“This show is dedicated to Aretha Franklin,” Beyoncé said after opening the show. “We love you and thank you.”

Wednesday morning, patrons gathered at the church Franklin grew up in and where she got her musical start, The New Bethel Baptist Church, to pray for her. Franklin’s father, the Rev. C.L. Franklin, was leader of the church for 33 years.

An announcement was made Wednesday that a tribute concert for Franklin is set to take place this fall. The all-star concert will be in November at Madison Square Garden and is being organized by famed record executive Clive Davis, who signed Franklin to Arista Records in 1980.

An unknown artist created a makeshift memorial for Franklin at the Franklin Street subway station. Her name was written above the station’s signs and stickers were placed on the steps of the station that read, “Say a Little Prayer for Aretha” and “Aretha Makes Me Feel Like a Natural Woman.” The letters R-E-S-P-E-C-T were also placed under a tiled sign.