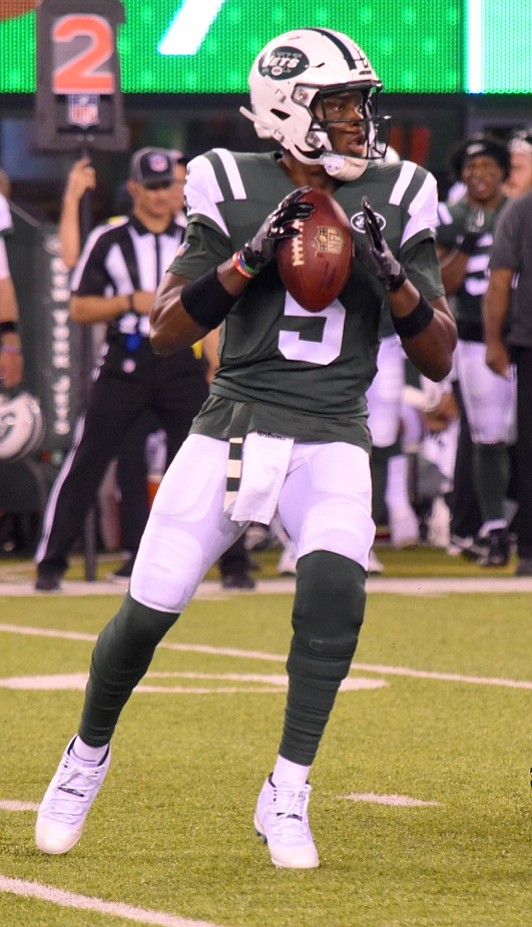 Tonight’s New York Jets road game against the Washington Redskins, only six days after their first preseason MetLife Stadium home opener Friday against the Atlanta Falcons, is only a slight indication of how the Jets’ regular season will begin in September.

A Monday night game on the 10th in Detroit. A Sunday afternoon game at home six days later, then the Jets hit the road again for a Thursday night game four days later in Cleveland. Three games in 11 days, but this game is football, and what makes it so fiercely competitive is the effort to win. And the Jets do need some wins this season.

Who’ll get them to victory is becoming a major topic of discussion, and a substantive one for the first time in years.

Although it was preseason, the Jets, 5 and 11 last year, were impressive against the Falcons Friday, especially at the quarterback position. Rookie Sam Darnold and Teddy Bridgewater, in his fourth year, both led the Jets downfield on touchdown drives.

Darnold was impressive because of his pro debut. Bridgewater because of his return to the game after an injury to his knee two years ago that had him sidelined.

Bridgewater’s first drive was efficient—4 for 5, a 37-yard touchdown drive scored on a 16-yard play by runningback Isaiah Crowell.

“Crowell does a great job of just catching the football,” noted Bridgewater. “He is explosive with the ball once it’s in his hands.” But Bridgewater’s favorite throw of the night was a 21-yarder to receiver Neal Sterling.

“He ran a post route and anticipated the throw. Neal did a great job of setting the defender up,” said Bridgewater. “There was a ton of anticipation behind that throw. I threw it in rhythm, and allowed Neal to make a play.”

Darnold wasn’t unhappy about his play in his first professional NFL game, a 17-nothing win. “I thought I played pretty good,” he said after Friday’s game.

Admittedly a little nervous initially taking the field, Darnold was excited to finally play. “Even though it is preseason, to just be able to play an NFL game, and have fun with the guys that we’ve been working so hard with in OTAs, minicamp and now training camp, it’s been awesome to be able to work with them, and then just be able to come out here and see it kind of come to fruition in a real game.”

The Jets have been working out this week (three days) at Washington’s training facility in northern Virginia. The joint workouts started off contentious, chippy, but Jets head coach Todd Bowles and Jay Gruden got their teams settled and focused on football as both teams prepare for tonight, the league’s televised Thursday night game.

Darnold’s workouts have been getting good reviews and have been praised by several Washington players, most notably cornerback Josh Norman.

“Someone asked me about him the other day and I was like, ‘Yeah, whatever, he’s just a guy,’ then you go out here and see him making these throws and you’re like, ‘all right, that’s not so much a college-level throw.’ He’s putting them on the money,” said Norman.

He continued, “It’s so crazy to see that at an early age. Dak [Prescott] has that. Carson [Wentz] has that. He’s been doing a great job.”