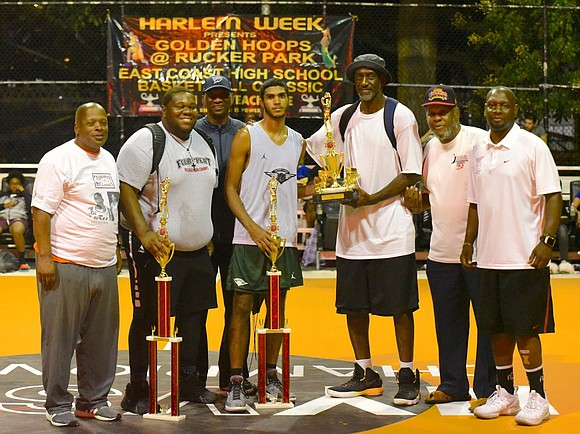 Summer basketball leagues and tournaments are concluding this week and next. Two of the most prominent are Golden Hoops and Smartball, both Harlem productions.

The all-star game matched New York and Connecticut in a 53-42 win by the young women of New York. Precious Cohen, from William C. Bryant High School in Queens, led the New York team with 21 points, 9 rebounds and 3 steals. Casha Rogers dropped 20 points with 10 assists. She also had 3 steals. They both were team MVPs.