How to spend 48 hours in Cape Town 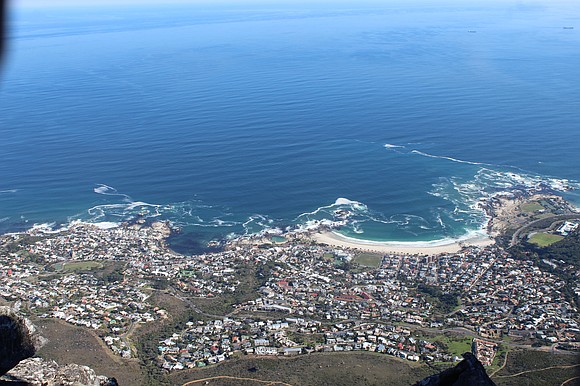 It is a special time to visit South Africa. The country is celebrating the centenary of the honorable Nelson Mandela, who would have turned 100 years old this year. And with the recent death of his former wife, Winnie Mandela, earlier this year, the country has created numerous initiatives to help tourists come and take part of the celebration to honor the legacy of Mandela.

Earlier this year, I seized an opportunity to travel to South Africa and go to the cities of Johannesburg, Durban and Cape Town, learning something about Madiba’s legacy along the way. There was a lot to see and take in on my journey following the footsteps of Mandela—from visiting his primary home in Soweto, Liliesleaf Farm, where he and his comrades would gather, his capture site just outside Durban, to seeing the remnants of apartheid’s brutal oppression in Cape Town—so much so that by the end of my trip, I realized I had only two days for myself in Cape Town. It’s not an easy task to try and get the best of this wondrous city in just two days, but somehow I was able to catch all the highlights before I got on a plane to head home.

There are many great sights to take in during your stay in Cape Town, with its gorgeous views of mountain views hovering over the city against its beautiful clear skies and many hotel options throughout the city. The Cape Grace Hotel is located right next to the waterfront, with a variety of shops and restaurants to enjoy. The hotel is as elegant as its name, with timeless décor, lavishly plush rooms and sweeping views of Cape Town’s beautiful bay.

Catch the sunset at the waterfront.

Take a stroll during the sunset for the perfect picture down the Victoria & Alfred Waterfront, one of the most scenic places in the whole city. Along with an aquarium for tourists, you can also visit one of the many markets, restaurants and wine shops, where you’ll be able to stock up on a couple of bottles before you head to the airport.

Have dinner at Kloof Street House.

A wonderful introduction to Cape Town’s chic restaurant scene is Kloof Street House. Named after the street on which it’s located, the Victorian-style house has a garden area in the front with dim lights hanging in the air. The interiors are filled with opulent chandeliers and paintings, but it’s their eclectic menu that is the real star. The house bar makes the drinks strong and decedent, and the menu ranges from pan-fried Patagonian calamari, chalmar beef with smoked marrow bone, ostrich fillet, to butter chicken curry.

After breakfast at the hotel, you can elect to take a walking tour to get familiar with the city. The Footsteps to Freedom Tour gives visitors the chance to learn about the history of South Africa and Mandela’s role in its reformation, and it takes them past most of the city’s famous haunts. Once the tour is over, you can go shopping in the Greenmarket Square for African fabrics and small gifts.

Not far from the market is the Slave Lodge Museum, which chronicles the history of the transatlantic slave trade and its lasting effects on the people of the Diaspora. It is one of the oldest buildings in Cape Town with current exhibits such as Tate Madiba: The Father of Democracy for Mandela’s centenary and the Hidden Treasure art collection.

See the city’s colonial past.

The Castle of Hope, built by the Dutch East India Company, is the oldest colonial building in the country. The refurbished building was once used as a station for recovering sailors suffering from disease. Today you can walk around the sites or even opt for a horse-driven carriage guided tour.

Right next to the city center is the famous cobble streets of Bo-Kaap. This area holds a great significance for the ancestral ties of the Cape Malays, who were originally brought to the Cape Town area as slave in the 17th century. There are also some great restaurant options in the area, such as Biesmiellah, where you can try local Malay curries. You can also visit the Bo-Kaap Museum to learn more about the culture.

When it comes to nightlife in Cape Town, the bar scene begins on Long Street. It hosts a ton of hip restaurants with great options to grab a drink afterward and enjoy your last night in Cape Town.

Take in the views at Table Mountain.

Before you head to the airport, you cannot leave the city without taking in the views at the majestic Table Mountain. It is one of the seven natural wonders of the world, and once you make your way to the top, you will get the best aerial views of Cape Town. It’s best to get there early because it gets very full and the cable cars run on a schedule. Once you are at the top, you can also grab some breakfast and a cup of coffee before you leave.