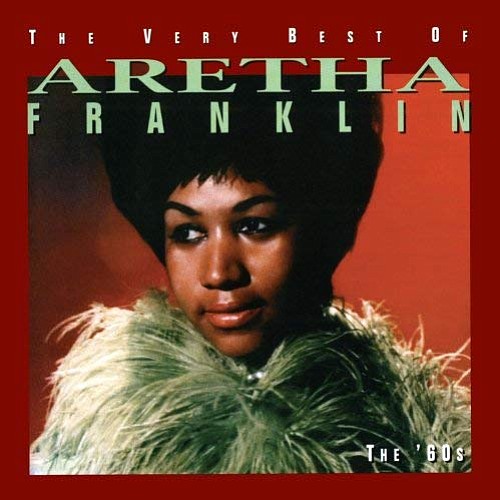 Aretha Franklin, the singer and pianist, who from her musical pulpit spun her gospel upbringing into a spirited soulful sound, echoing gospel overtones that pulled her congregation into revelations of “Respect” as they danced and shouted her secular verses, died August 16 at her home in Detroit. She was 76.

From a very early age, Franklin was entrenched in gospel music and the Lord’s word by her father C. L. Franklin, the fiery pastor of New Bethel Baptist Church, which became a Detroit institution under his rein. She began singing in the church choir at age 10 and had to stand on a box to reach the microphone. Because the Rev. Franklin was a highly respected minister, such gospel greats as Clara Ward, James Cleveland and Mahalia Jackson, as well as secular music singers Jackie Wilson and Sam Cooke, often visited his home.

Franklin grew up in a hotbed of great music and musicians in the midst of Detroit’s Black Bottom, Paradise Valley, where jazz clubs, bars and Black businesses lined the streets (known for its African-American residents’ significant contributions to American music, including blues and jazz).

The Rev. Franklin was friends with the singer Dinah Washington, and jazz musicians often stopped by the house when they were performing in town. Franklin first heard Billie Holiday, Ella Fitzgerald and Sarah Vaughan while listening with her big brother Cecil as he played their records on his hi-fi stereo system.

In 1960, at the age of 18, Franklin took her maiden voyage into the world of secular music, inspired by Sam Cooke, signing with Columbia Records. Motown Records was founded that same year. At such an embryonic stage, it wasn’t foreseen that these two would become the most significant music institutions in the world. There is the Motown Sound and the Aretha Franklin Sound, the Queen of Soul. Yes, she was a one-woman institution.

She recorded four albums with Columbia. The fourth was “Unforgettable: A Tribute to Dinah Washington” (1964). To promote the album, she appeared on the “Steve Allen Show.” Allen introduced her as “one of the most exciting singers of today.” She opened her performance with “Lover Come Back to Me,” which received loud applause. She then took to the piano playing percussive gospel chords as an intro into “Rock-A-Bye Your Baby.” The audience turned to whistling and shouts. She went on to the swinging tune “The 503,” followed by “Skylark,” and she closed with the only tune that was actually on the album, “Evil Gal Blues.” This tune was a hard-belting blues number that jumped with every verse: “I’m an evil gal/don’t mess with me/I’ll empty your pockets and I’ll fill you with misery.” She seemed to be having a ball, playing with a big smile. This television performance made one thing clear—a rising big star was about to light up the moon. Shortly after this album, she moved over to

She signed with Ahmet Ertegün, the co-founder and president of Atlantic Records, which had become the premier rhythm and blues label, in 1966. Franklin achieved commercial success with “I Never Loved a Man (The Way I Love You),” and that was later followed by “Respect,” which became a feminist anthem and soundtrack for the Civil Rights Movement (in which she was actively involved).

She made a string of hits that included “Chain of Fools,” “Think,” “(You Make Me Feel Like) A Natural Woman,” and “I Say a Little Prayer,” “Dr. Feelgood” and “Ain’t No Way,” among many others.

In 1979, she left Atlantic Records to sign with Clive Davis, founder and president of Arista Records (former president of Columbia Records from 1967 to 1973). At Arista, the Queen of Soul continued to bring new fans to her subjects as she added more hits to the “Book of Franklin,” such as “Who’s Zoomin Who,” “Freeway of Love,” “I Can’t Turn You Loose,” (Otis Redding tune) and “Jumpin Jack Flash.”

Although Franklin moved to secular music, she never left the church. The church remained in her heart and gospel music ran through her veins, and when she released that spirited voice the holy spirit jumped out clothed in the rhythms of R&B, deep blues and rock & roll, capturing her congregation similar to the way her dynamic preacher father enticed his Baptist congregation.

Ray Charles is the only singer/musician who can be compared with Franklin. The two singers merged blues, R&B and gospel styles into one dynamic movement. Charles’ tenor voice had that syncopated cadence that was typical of Baptist preachers, whose heated sermons ignited their congregations to tap their feet, clap their hands and stand up, throwing their hands in the air in praise. That is what great preaching does, like a song from Charles or Franklin.

They both perfected the use of “call and response,” originated in the cotton fields as a slave called out how he felt and the core responded lyrically. That flow is present in many of Franklin’s songs from “Rock Steady,” “Day Dreaming,” “Respect” to “The House That Jack Built.”

Franklin’s music couldn’t be categorized as gospel but it is; it’s also rhythm and blues busting out with soul. At the core, it’s collard greens, fried fish, cornbread and gumbo with some Tabasco sauce on a Friday night. She was the epitome of Black music. Nobody on the planet did it better. Her music encompassed the cultural history and tradition of the Black music art form.

With such a reputation, it came as no surprise that WBGO-FM, Newark, New Jersey’s 24-hour jazz station, New York’s R&B stations WBLS and WLIB-AM and pop stations throughout the city played her music for hours.

Now, the Queen of Soul will stand in the heavenly choir beside Lady Day and Sassy Sarah, The First Lady of Song, the High Priestess of Soul and the Queen of Gospel.

One of the most touching scenes in Franklin’s career for me was her 2015 performance at the Kennedy Center in honor of the four-time Grammy Award winner, songwriter Carole King.

Franklin appeared onstage in a full-length mink coat and immediately got down to business singing her hit “(You Make Me Feel Like) A Natural Woman,” written by King. The songwriter looked on in awe as she sang along and moved to the queen’s every note. As her incredible range soared, she threw her mink to the floor and went into overdrive.

As the television cameras panned the audience, you saw Michelle Obama moving to the beat, eyes locked on Franklin, and President Obama had tears. The president of the United States had tears in his eyes from the singing of Aretha Franklin.

At that moment, I realized her voice represented hope in the here and now, and faith for now and the future. She united the hearts and souls of that audience (her congregation), they clapped, they hollered and they came to tears. That was the magical power of Franklin’s vocal instrument for six-decades. Her songs now compiled in the “Book of Franklin” a legacy that will inspire generations to come.

Her integrity and soulful voice embedded in the tapestry of America forever. We will always “Respect” and sing the songs and praises of the Queen of Soul as she rides on heaven’s “Freeway of Love” in her pink Cadillac. Let the congregation say amen.

Her body will lie in state at the Charles H. Wright museum, and her funeral will be held at Greater Grace Temple Aug. 31, when Detroit will say farewell to America’s greatest performing human being.