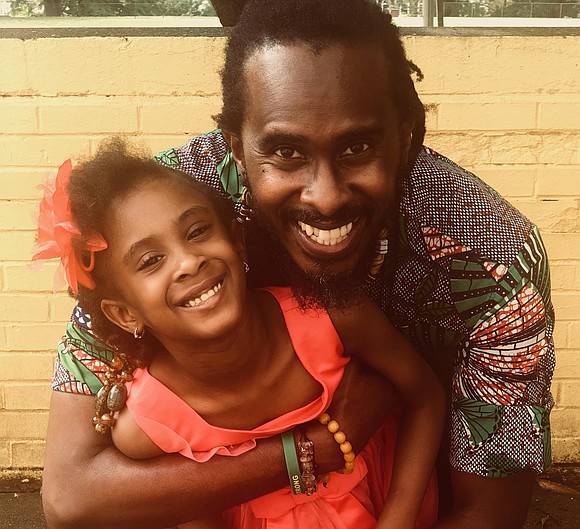 If you have ever walked on 125th Street between Frederick Douglass Boulevard and Adam Clayton Powell Jr. Boulevard, just across from the Apollo Theater, in Harlem, you might have seen the graphic lynching pictures showing how whites terrorized the Black community during the segregation era. You see the Black bodies swinging as a white crowd looks on in awe. Or you see Black people crying in pain as they were being blasted with a fire hose. Or you see a burnt Black corpse or a body that has been beaten up until the person became unrecognizable. Nova M. Felder hangs these photos on daily basis to give people a reminder of a segment of fairly recent African-American history.

“That is unfortunately a part of the African-American history, but that isn’t our only history,” Felder assured. “We come from royalty. We built pyramids and kingdoms. We are the original people. We should hold much more power than we actually do. But the majority of us don’t know our history.”

A teacher and an activist, Felder added, “‘Knowledge of self is the key to everything. Without it, we will remain where we are.”

For the better part of 20 years, Felder and his recently deceased father, Dr. Jack Felder, have been a presence on 125th Street, selling books, DVDS, CDs and tapes, and holding teaching sessions to a loyal and regular collection of people.

A graduate of City University of New York, the founder of Harlem Universal Media and a Martial Arts instructor (Muay Thai kickboxing, Brazilian jiu-jitsu and Shotokan karate), Felder revels in teaching history and social justice to the community.

“My mother was from Nairobi, Kenya and my father was from the south here in America, so I am the product of Pan-Africanism,” said Felder. “My parents lived by it and taught me the importance of knowing where I can from, and now I want pass of my knowledge to my daughter and other children.”

Proudly Felder said he is a product of the public education system of NYC., and also raised in National Action Network, United African Movement, and other Black organizations in the city.

“I am also a student of African Studies, African-American Studies and Pan Africanism,” he said. “I am also a member of CEMOTAP—the Committee to Eliminate Media Offensive to African People. As a teacher, organizer and local business person, I have focused illuminating African answers and solutions for many of his community’s problems.”

Fixtures on 125th Street, he and his father sold books and other media to bring attention to social, economic and political issues that affect “the Global African Community.”

He continued, “It’s never too early to start educating your children. They need to know before they become brainwashed. At the age of 7 and 8, I would tell my Black classmates that we come from Africa. But they were growing up to think that being from Africa was horrible instead of knowing what blessing is it to be a descendant from the continent. My daughter is only 6, but she knows—and he is proud of the fact.

“Some people say they are ‘woke’ or ‘conscious’ but don’t live by it. The people around you always reflect you and your interests. So you should be going to rallies and conferences, making sure that you are supporting our causes and etc. It’s more than just knowing about it.”

As for his outside classroom on 125th Street, the man who studied psychology with a minor in biology, said, “We get asked about these pictures all the time. It is to keep them informed a conscious. We want people to get involved. You have to understand who you are in order to make decisions in the current times, because it will always affect you in the future. In the ancient world, every temple said ‘know thy self,’ so we should follow behind that ideology. Having knowledge of self as well as understanding or culture, know your history and knowledge.”

Passersby would always stop to get words of wisdom from the elder Felder, now the son continues in that tradition.

“If you don’t understand your history culture, then you really can’t understand the politics or the society that you live in,” said Felder. “So educating people how to read and write the language of where they live is essential. If you cannot understand that language of instruction, you will miss out on opportunities or how to better yourself in the future, and the community as a whole. So historical, political and social knowledge is very important to everybody. It is crucial to expose our children to their culture; whether it’s in the home, at a conference or just a street festival. Keep your children educated and close to your interest, woke or conscious. They should identify with their culture.”

A writer and a documentarian, Felder concluded, “I am the true product of Pan-Africanism. My daughter has just started going into public school. I do believe that it is important that we start to educate our children about our history before they go to school, and that is what my family and I are doing with all the children around us.”

Felder is a recipient of the first Dr. Jack Felder SaNeter TV Award in scholar activism. He is also continuing his work in Harlem and the world by giving lectures and doing a podcast (“The Shizt Holes Strike Back”).

He can be reached at nova.felder@gmail.com.