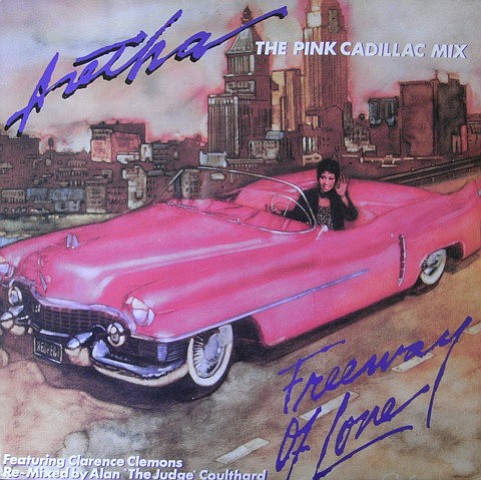 One of Aretha Franklin’s most memorable hits was “Pink Cadillac.” So, Detroit’s Greater Grace Temple Church’s first lady Crisette Ellis, who has a pink Cadillac SUV, is organizing 100 pink Cadillacs to line Seven Mile Road in front of the church for the Queen of Soul’s Saturday, Aug. 31, funeral. Owner of the caddies will be permitted to attend the private funeral. Rev. Jasper Williams of Atlanta will deliver the eulogy, while speakers include Smokey Robinson, former President Bill Clinton, the Rev. Al Sharpton and the Rev. Jesse Jackson.

According to multiple reports, Prince Harry and Meghan Markle have welcomed another four-legged friend into their royal family. The new rescue dog is rumored to be a Labrador retriever, which is one of the most popular dog breeds in the United Kingdom. Duchess Meghan and Harry now have two dogs, the first being a rescue beagle named Guy. Sources say the Union Jack-wearing puppy was said to have been playing with the Duchess as she got her makeup done for her wedding.

Atlanta Pride Weekend will host a Black LGBT film festival along with midday panels and workshops Saturday, Sept. 1, 2018, at the Georgian Terrace Hotel. Informative panelists will include: Tony-award winning NY producer Irene Gandy, Netflix’s Shay Caldwell and VH1/BET’s Mia Vasser. A trailer of Gandy’s upcoming documentary “A Day in the Life of Irene Gandy” will be screened. Irene Gandy is the only Black female member of Association of Theatrical Press Agents and Managers on Broadway. She is currently represented on Broadway with “American Son” starring Kerry Washington.

Saturday, Sept. 22, 2018, from 10 a.m. to 6 p.m., the world famous Apollo Theater will hold auditions for the 85th season of its signature program Amateur Night Live at the Apollo. Contestants chosen from these auditions will get a spot in the 2019 Amateur Night season line-up. Auditions will be held at the Apollo Theater. Vocalists, rappers, dancers, comedians, spoken word artists and other performers can vie for a coveted spot on the Apollo’s stage, where they will then compete for a chance to win the new grand prize amount of $20,000. Additionally, the first place winner of the Child Stars of Tomorrow will receive $5,000. For a complete list of audition guidelines and rules, visit apollotheater.org.