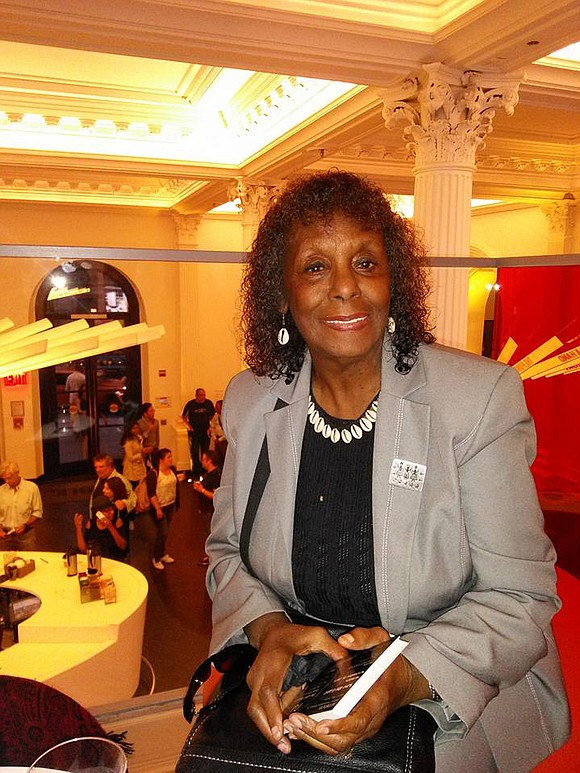 Grace L. Jones, 90, passed early in the morning Sunday, Aug. 26 due to heart issues. Born June 21, 1928, to Charles L. Jordan, a railroad worker and Grace L. Jordan, a homemaker, she was the oldest of 10 children. Born and raised in Portsmouth, Virginia, she moved to Harlem with her parents when she was 5 years old. She was educated in New York City public schools and attended Fordham University’s Lincoln Center Campus. She married her husband Everton Jones June 6, 1952, and they were married for 61 years before he died. They had three children, Adrienne Rodell, Anthony and Leslie-Laurette aka Bambi.

Ms. Grace had a passion for the performing arts, which was witnessed by her life. In 1964 she co-founded The Double Image Theatre, Inc., a professional training school and theater production company located in John Jay College. For three decades she was involved in cable television as a producer, executive director and host of “Growing With Grace: African Americans on the Move,” on Time Warner Cable. Each week, Ms. Grace informed New Yorkers about important events with a special eye on important African-American movers and shakers. “Growing With Grace” brought vital educational, political and cultural programming to the Black community. Ms. Grace also had a public relations company, A Touch of Grace & Associates (We Put You in the Spotlight). The company managed and produced off-Broadway and off-off- Broadway productions, including The African Arts Theatre Company, Reviere’s Musical Productions, Fox Comedy Hour, Unlimited Women, Inc., a production of “Agnes of God” on Theatre Row, GALES’ ’60-’70 Youth Revue, Audience Development Committee (AUDELCO) and numerous others. Ms. Grace founded Theatre for the Future: Youth Series— “Our Gifts for Tomorrow.” Touched by Grace Productions directed youth workshops for inner city youth ages 10 to 17. Ms. Grace was also a founding member of the Harlem Arts Alliance.

She was a consultant to The Harlem Inter-Agency Counsel for the Aging and a member of The Apollo Theatre Significant Elder: Harlem History and Hearsay program. She was also a member of the NAACP, the Black Public Relations Society of Greater New York, and had a life membership with The National Council of Negro Women (Manhattan chapter). She was president of AUDELCO, which recognizes excellence in Black Theater, for 13 years starting from 2005, and a member of the nominating committee. Before that time, she served in other capacities as a vice president, secretary, and event planner after joining the organization in the 1980s. In 2015 the National Black Theatre Festival gave her the Living Legend Award for her phenomenal contributions to the world of Black and American theater and the entertainment industry.

Ms. Grace co-founded Concerned Citizens for Community Action, Inc. and lobbied Albany to combat issues of crime and drugs, and to secure affordable housing and rights for seniors in neighborhoods from 59th Street to 110th Street, Central Park West to Riverside Drive. She has received countless awards for her community and political activism.

Ms. Grace was a proud member of Abyssinian Baptist Church for more than 75 years where the Rev. Dr. Calvin O. Butts III is pastor. Ms. Grace was very close with and fond of Pastor Butts and appreciated his spiritual leadership. Ms. Grace was known to credit her community activism to her mentor the late Rev. Dr. Adam Clayton Powell Jr.

A memorial service is scheduled at Abyssinian Baptist Church Oct. 13. Ms. Grace will not have a wake or funeral. As per her wishes, she will be cremated.