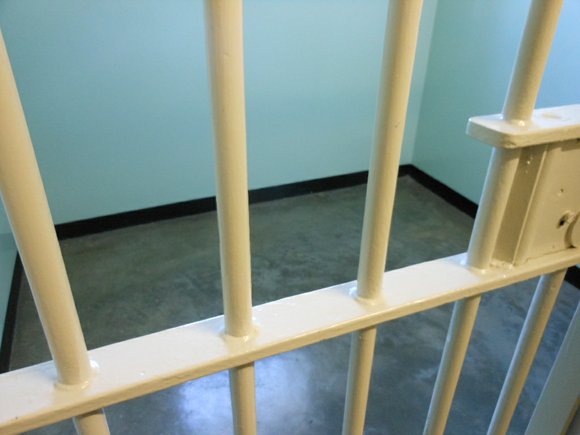 Tuesday, Aug. 21, numerous inmates in at least 21 cities across the country began one of the largest prison strikes in the history of the United States, in protest of inhumane living conditions they contend are reminiscent of “modern-day slavery.” Locally, that evening activists participated in a “Nat Turner Day” noise demonstration outside of Brooklyn’s Metropolitan Detention Center “to call attention to what they view as the exploitative conditions of American prisons.”

“Fundamentally, it’s a human rights issue. Prisoners understand they are being treated as animals. Prisons in America are a war zone. Every day prisoners are harmed due to conditions of confinement. For some of us it’s as if we are already dead, so what do we have to lose?” reads a statement from organizers, Jailhouse Lawyers Speak, a nationwide network of progressive inmates, “to highlight abuses and systematic exploitation of the incarcerated.”

The group said the strike was a reaction to the riots at South Carolina’s Lee Correctional Institution this past April, where “seven comrades lost their lives during a senseless uprising that could have been avoided had the prison not been so overcrowded from the greed wrought by mass incarceration, and a lack of respect for human life that is embedded in our nation’s penal ideology.”

Striking inmates outlined 10 demands: more rehabilitation services, government-funded education, revoking life sentences without possibility of parole or death by incarceration, inmates “must be paid the prevailing wage in their state or territory for their labor,” reinstating voting rights, improved prison conditions, an end to the disenfranchisement of some 6 million Americans with felony convictions and parole denials of inmates of color.

Director of the ACLU Campaign for Smart Justice, Udi Ofer, said in a statement, “We urge corrections officials not to respond with retaliation. Peaceful demonstrations challenging unjust conditions and practices do not merit placing participants into solitary confinement or adding time to their sentences.”

This prison strike is occurring two years after the last major national one in September 2016, which included more than 20,000 participants in 12 states.

Orchestrated to begin Aug. 21, the 47th anniversary of the murder of Black Panther George Jackson who was killed by guards in California’s San Quentin State Prison, while attempting to escape, and concludes Sept. 9,,the date the Attica Prison rebellion began in New York in 1971, which left 39 people dead when state police stormed in and seized the facility, as inmates protested deplorable living conditions.

“If the strike is widespread enough, it could be effective,” said Lea Johnson, law professor at the University of Florida’s Levin College of Law. “These circumstances like poor labor conditions, poor prison conditions, unpaid labor, and lack of access to mental health treatment exist seemingly behind closed doors. By going on a national strike, you pull back the curtain and it can force legislators to act.”

Analysts say the strike could “have a notable impact on prison operations across the U.S.”

This strike is along a similar theme of the 2016 campaign. It’s unclear as to how many of the country’s 2.4 million prison population will participate. Inmates may face punishments for doing so.

The press-release concluded, “We have tried through other means including complaint, conversation, negotiation, petitions, and other official and non-official means to improve our conditions. We now call upon our supporters outside these walls to stand with us in protesting our treatment.”