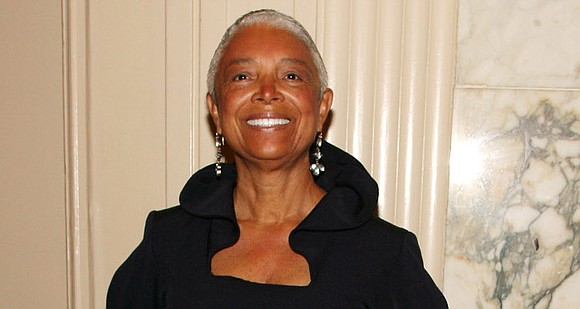 Racism and prejudice are omnipresent and internalized within America’s institutions, media and myriad entities. One example can be traced to the Voting Rights Act of 1965, according to Camille Cosby, wife of imprisoned Bill Cosby.

While her husband languishes in a Pennsylvania prison, Mrs. Cosby said it’s important to keep his case at the forefront of the public’s awareness because of the injustice done. She also wanted to remind Black America of the importance of the Voting Rights Act that she long ago predicted would be dialed back by politicians who sought to deprive African Americans of their so-called inalienable right to vote. And, in an editorial she wrote exclusive for Black Press USA prior to the 2018 midterm elections, she urged African Americans to vote for justice, equality and democracy.

“The American people have been dangerously close to being governed by a dictatorship… intent on serving its own greedy interests even, when it results in eradicating the laws that protect humanity,” Mrs. Cosby said.

“Many of today’s politicians…especially those who are heavily financed by particular corporate entities…are becoming increasingly dangerous enemies of our human rights.”

“However, history teaches us that we, the People of the United States, can purge this danger from our nation’s political offices. Indeed, President Richard Nixon’s corrupt presidency was finally brought to an end when the people rose up and demanded that their representatives be held accountable. We must do the same today.”

That the Voting Rights Act had even been tampered with is indicative of the society black Americans are faced with, Mrs. Cosby said.

“No other Americans are subjected to this oppressive nonsense,” she said.

For those who might mistakenly believe that Mrs. Cosby is simply speaking out because of her husband’s predicament, she easily and understandably scoffs at such a notion.

After all, she and Mr. Cosby have donated more than $200 million to Historically Black Colleges and Universities as well as dozens of integrated schools – most of whom have rescinded honorary degrees to Bill Cosby but hadn’t returned the millions of dollars the family has donated.

The Cosbys have also loaned their extensive African art collections to museums and other institutions of higher learning.

Following the murder of her only son, Ennis Cosby, more than 20 years ago in Los Angeles, Mrs. Cosby wrote an essay in which she spoke fiercely about America’s hate and racism. She blamed America for teaching Mikail Markhasev, her son’s killer, to hate black people because of the various and pervasive forms of racism in our society.

“I believe America taught our son’s killer to hate African Americans. After Mikail Markhasev killed Ennis on Jan. 16 1997, he said to friends, I shot a nigger. It’s all over the news,” Mrs. Cosby wrote

Dr. Alvin F. Poussaint, an expert on race relations and family friend of the Cosbys told CBS News after the essay was published that Mrs. Cosby felt the media had played down the racial aspect of the case.

“This young man didn’t like black people. He used the word nigger” Poussaint said. “I think that this was played down so much that Camille felt the need to present this to the American public.”