Is the migrant caravan real or a fabricated masquerade? 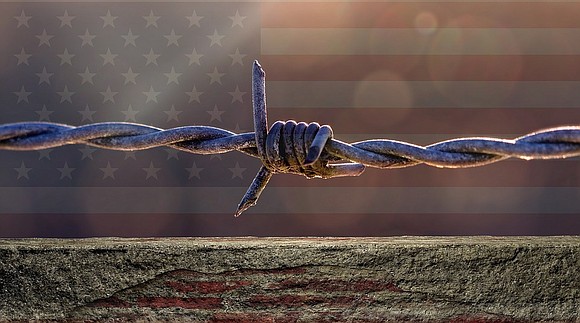 “Over the past decade, there’s been a rise in the number of unaccompanied children and families crossing the US-Mexico border,” said writer Dara Lind of the VOX. “Increasingly, they are people fleeing violence and insecurity, coming from the Northern Triangle of Central America— Guatemala, Honduras and El Salvador.”

The caravan is not new, but in 2018, with pictures of thousands of Central Americans getting ready to attack the U.S. border, it justifies to many Americans a need for a border wall. There are many questions as to why this story started around Oct. 12, 2018, just before the election, but it is real.

There is a human rights crisis happening with the Northern Triangle of Central America, and most in the caravan are from Honduras. This caravan began where the countries are extremely poor, and there are violent gangs in all the countries that will kill women and children and many of the administrators are corrupt. Most of the people who have jobs make $5 a day, and many are looking for a better life.

“Pueblo Sin Fronteras (People Without Borders) was formed in the early 2000s is an immigration rights group known for organizing several high-profile migrant caravans in Mexico and Central America,” says Wikipedia. “Activists affiliated with the group are present in the United States, where the organization actively raises funds and organizes protest actions against U.S. immigration policy.”

The caravan is referred to in Spanish as Via Crucis Migrantes, or Migrants’ Way of the Cross. These caravans started 15 years ago, and in 2018 the situation has reached human rights conditions, because with the election of President Juan Orlando Hernandez in Honduras, there is a military-enforced curfew, and 30 activists have been killed after his election.

Juan Antonio Hernandez, brother of the president, was arrested in the U.S last month for selling and dealing cocaine and guns, and laundering money from Honduras banks. The Organization of American States called for an election do-over after finding “irregularities and deficiencies” in the Honduran election process. The U.S. recognized the election’s outcome without challenging the results, or getting the United Nations involved.

During President Obama’s administration in 2014, there was a large influx of women and children from Central America, and an emergency shelter for family detention was set up in Texas. “President Donald Trump shut down the Central America Minors Program, which was set up by the administration to provide a way for Central American families, children and later young adults rejected for refugee status, to get a temporary stay in the U.S.,” said Nicole Acevedo of NBC News.

There is a humanitarian crisis on the U.S.-Mexican border, and authorizing American troops to use force is no way to solve the Central American problem. As the caravan increases in size, funding is coming from a united front of organization called CARA. Armies of trucks and vehicles moving food, medicine, water and equipment are being funded by billionaire George Soros and other groups.

There is no simple answer to the corruption and poverty in Central America, but the humanitarian crisis is real, and building a wall is not going to stop organizations that believe in borders without walls.

Getting to the U.S. border from Central America takes weeks of travel through Mexico, sometimes without food and water. Still, many migrants from Central America are enduring this dangerous trip, and the October caravan was one of the largest, possibly 4,000 refugees. These refugees are forced to wait in Mexico as the United States and Mexico try to send them back to their home countries.

These people need asylum, and America has a moral responsibility to support people who are being persecuted politically, economically and socially.

“The United Nations must send observers to report on state-sanctioned violence and human rights abuses at the border,” said Nicole Regalado, campaign manager at CREDO Mobile. “Documenting President Trump administration’s human rights violations will help build momentum to stop this from happening, and shine a bright light on President Trump’s tyranny and hate.”