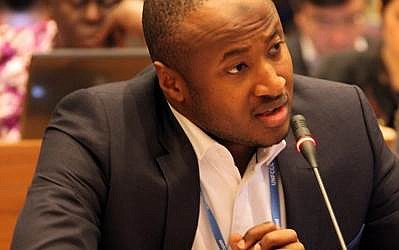 The worst is still to come, the U.N. warns. In 2020, up to 250 million people could be affected by serious water shortages as a result of rising temperatures. If the rise exceeds 2 degrees Celsius, half the population of Africa could be affected by malnutrition. “Climate change has the potential to destroy our development,” Nafo warned.

Hopes that the conference can be a launchpad for meaningful action are viewed cautiously at best. For James Murombedzi, a climate expert with the U.N. Economic Commission for Africa, this meeting is the most important climate conference whose goal is to reach agreement on a set of rules that would implement the decisions taken at the Paris conference of 2015.

Global warming, it was agreed, should be limited to 1.5 degrees Celsius. That can only succeed if emissions of greenhouse gases cease entirely from 2050 onwards—and they must be drastically reduced in the years leading up to that deadline. However, experts agree that measures taken so far by the international community fall far short of that goal. Mandatory measures are needed, they say.

Fighting climate change means changing the way economic systems function and changing the lifestyle of entire societies, particularly where consumer behavior and mobility are concerned, said Murombedzi. He added, “Especially in the highly developed countries, there appears to be not enough political will to take on necessary costs.”

Bassey is also skeptical about the chances of COP24 marking a new beginning. “I hope the delegates, both ministers and technocrats, will actually begin to talk from their hearts and not just from political considerations. If that is not done, it will be just another COP and it will be like fiddling while the planet burns.”