Violence against women by sports figures is sadly perpetual 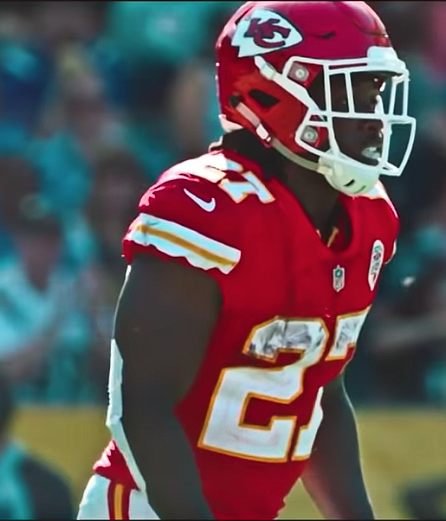 This past Sunday, ESPN aired an interview with former Kansas City Chiefs running back Kareem Hunt. The interviewer, Lisa Salters, methodically and adroitly commanded the sit-down, which was an exercise in crisis management by Hunt and his advisers.

The discussion, which at times held the semblance of a therapy session, came less than three full days after the website TMZ released a video of the 23-year-old Hunt knocking down and kicking a woman in a hallway of the Metropolitan at the 9 hotel in Cleveland, where Hunt, a native of Willoughby, Ohio, made his residence.

The Chiefs, to the surprise of many who closely follow the NFL, parted ways with Hunt Friday, a day after the video became public. As a rookie last season, he was the league’s leading rusher and this season was one of the most productive players in football for a Chiefs team currently 10-2 and holding the best record in the AFC.

“I just want to let the world know how sorry I am for my actions,” Hunt said. “It’s been a tough time for me. And I’m extremely embarrassed because of that video.” The Chiefs rightfully acted swiftly as widespread condemnation ensued after the posting of Hunt carrying out violence against the unnamed woman.

The organization had known about the incident since it took place last February, but was not given access to the video by the hotel. The NFL also could not obtain the video and negligently never spoke with Hunt about the incident. The Chiefs did but were presented with untruths by Hunt. “The Chiefs are right. I didn’t tell them everything,” he said to Salters.

His story has become far too common in sports, as athletes, coaches, executives and other personnel commit violence and sexual harassment against women. It is a culture that indeed mirrors society at large but whose stage is under much greater scrutiny.

Since the shocking airing of the Ray Rice video in 2014, also by TMZ, in which the onetime Baltimore Ravens running back punched out his then fiancée now wife in an elevator of an Atlantic City hotel, many NFL players and other sports figures have been subjects of allegations or acts of violence against women. But it was happening long before Rice.

His case was comparable to the 1991 video showing Los Angeles police officers beating Rodney King. It was common knowledge police brutality was rampant but the visual image caught on tape was indisputable confirmation that elicited a powerful visceral reaction. The culprits’ behaviors and characteristics are shaped long before they reach the highest levels of their profession and manifest at varying stages of their rise.

It starts when they develop a sense of entitlement, power, invincibility and superiority, and then advances as they are enabled by those whose own self-interests conflict with integrity. Unfortunately, there is soon to be another incident involving a high-profile male in sports as the cycle continues.