When the water runs dry in public housing 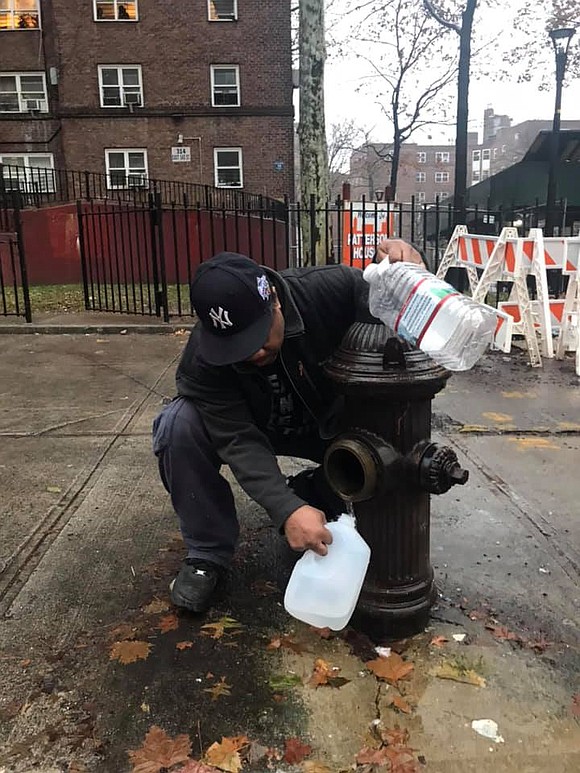 A 20-second video posted to Twitter Tuesday morning by Public Housing Communities, Inc. founder and CEO Charlene Nimmons shows her turning on her kitchen faucet in Wyckoff Gardens in Brooklyn and no water coming out.

“We have no running water,” she says in the video. “The water has been off since last night.”

The video received more than 3,700 views and was retweeted by New York-New Jersey regional head for the Department of Housing and Urban Development Lynne Patton, who said recent issues with New York City Housing Authority developments having no water mirrors Third World countries.

“Dear Migrant Caravan,” she said. “We know the majority of you seek asylum for a better life in America & are fleeing oppressed conditions of abject poverty w/o heat & running water. Well, with all due respect, don’t come to NYC because NYCHA residents don’t have it here either!”

Issues at Wyckoff Gardens are reminiscent of the aftermath of a major water outage at Patterson Houses in the South Bronx where eight buildings were left without running water because of an issue with pumps. Residents were seen at Paterson Houses lined up at a fire hydrant Sunday to get water.

Reports indicate this time is the third time in a month the water at Patterson Houses has been off. The latest outage began Sunday before noon when NYCHA claims temporary pumps didn’t have enough power to get water to rooftop tanks, leaving nearly 4,000 residents without running water.

“Staff have been working on repairing the house pumps and are in the process of setting up temporary pumps now,” NYCHA said in a statement. “This is yet another example of the problems we face given our aging infrastructure, but we must do better providing basic services despite these challenges.”

A video posted to YouTube shows residents lining up near a fire hydrant with buckets and jugs to fill them up with water.

“This is going to happen again and again and again until NYCHA does what they are supposed to do,” said a Patterson Houses resident at a news conference. “We need a plan on where to go when this happens, where to get water.”

Clarisa Alayeto said that her 93-year-old grandmother lives in Patterson Houses. Alayento was attempting to cook for her grandmother Sunday but couldn’t because there was no water. She called the situation demoralizing.

“It’s an injustice that people at NYCHA face every single day whether it’s heat, hot water, whether you are coming out of your building and there’s garbage everywhere—it’s something we are living with every day. Just last year we were here, same story, fighting against this heat situation.”

Bronx Borough President Ruben Diaz Jr. said it was unacceptable for Patterson Houses residents to not have access to a basic necessity. This fall, Diaz went to Patterson Houses with Patton and determined that NYCHA needs to be better prepared.

“I’ve been at Patterson several times,” he said. “Last year on the heating issue, over the summer it was over senior citizens not having air conditioners. I feel like an understudy in ‘Groundhog Day’ with Bill Murray, except this is real life.”

Diaz also voiced his frustration with Mayor Bill de Blasio, who has prioritized things such as funding for Amazon over basic needs for people living in NYCHA.

“The mayor says he’s the most progressive mayor; he was at a progressive conference with Bernie Sanders in Vermont. Did they discuss what’s happening in public housing and how people are being treated?” he asked. “This is not exclusive to Patterson Houses—this is happening in developments all over the city.”

This problem is the latest in the saga over issues with NYCHA. Residents in Marble Hill Houses had no gas to cook meals during the recent Thanksgiving holiday. The development had not had gas in nearly four months. Residents in Grant Houses in Harlem have been battling with no heat or hot water.