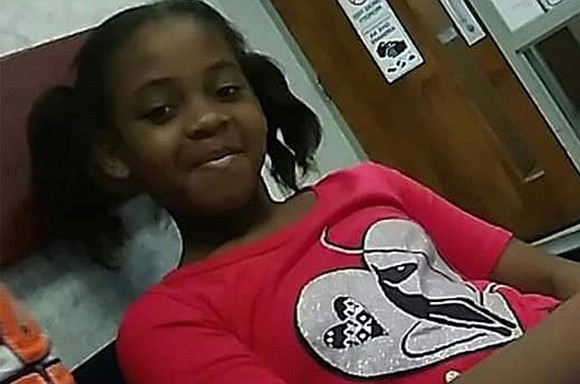 The family of 9-year-old McKenzie Nicole Adams is devastated after they say the little girl they loved so much committed suicide as a result of racist bullying.

Adams, who is Black, was a fourth-grade student at U.S. Jones Elementary School in Demopolis, Ala., and was taunted by students for most of the school year. Her family said she was bullied for being friends with a white male student whose family often drove her to school.

Students would reportedly tell Adams to “kill yourself,” called her “ugly” and called her a “black b----.”

It was Adams’ grandmother who made the gruesome discovery when she found the young girl dead. She hung herself. Adams had dreams of becoming a scientist. Her parents said she had been bullied before at another school and had to transfer, only to be bullied again.

“She told me that this one particular child was writing her nasty notes in class. It was just things you wouldn’t think a 9-year-old should know,” Adams’ mother Jasmine told local media. “And my baby, to tell me some of the things they had said to her, I was like, ‘Where are they learning this from?’”

The family blames the school for not intervening and stopping the bullying. Officials said an investigation is ongoing.

“Demopolis school system has provided grief counselors and crisis counselors at the school, and ministers and youth ministers have been at the campus since the date of this incident,” said the school system’s attorney, Alex Brasswell. “And we certainly want to extend those services to any students and teachers on our campus as they go through this healing process.”

Adams’ funeral will be held Saturday. Grief counselors were sent to the school to help students and faculty cope.

A study released earlier this year by the Center for Disease Control and Prevention found that for patients aged 5 to 17 suicidal thoughts and actions more than doubled from 2008 to 2015. Between 2006 and 2016, suicide rates among Black children aged 10 to 17 went up 77 percent.

A 2017 study found that more than a third of elementary school-aged suicides involved Black children. Experts say lack of access to mental health services and not enough being done to raise awareness about depression in the Black community are to blame.

“Suicide rates in the United States have traditionally been higher among white than Black individuals across all age groups,” a study published by the journal JAMA Pediatrics stated. “Analyses revealed that the suicide rate among those younger than 13 years is approximately 2 times higher for Black children compared with white children, a finding observed in boys and girls.”