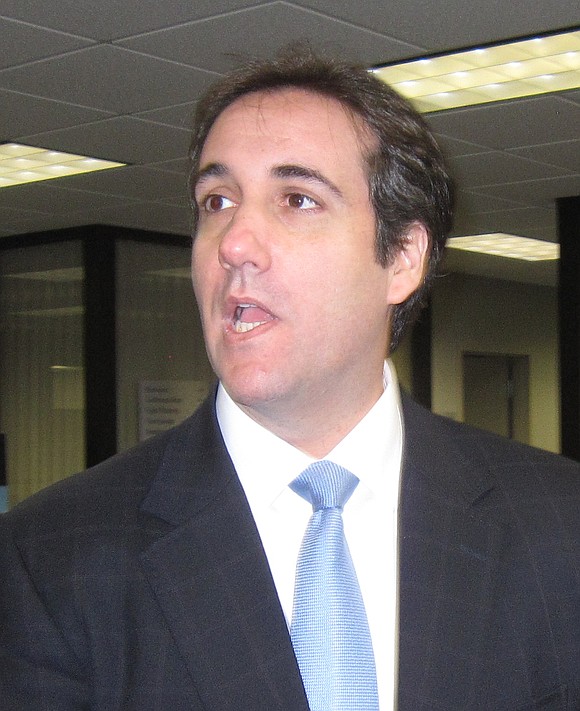 There was a time when Michael Cohen, Trump’s former attorney, said he would take a bullet for the president. He will now be taking a 3-year sentence to prison.

Wednesday, in the New York courtroom of Judge William Pauley, Cohen was sentenced to 36 months, a bit short of what the prosecutors sought for his crimes of tax evasion, lying to Congress and, the most egregious crime, campaign finance violations. Plus, he facilitated the hush money payment to the women who said they had affairs with Trump.

Cohen, 52, who confessed to the crimes back in August, told the court that his “weakness was a blind loyalty to Donald Trump.” He said he felt “it was my duty to cover up his dirty deeds,” and that he had followed “a path of darkness rather than light.”

Pauley, upon sentencing Cohen, who will began serving time in March, said that the lawyer had “lost his moral compass.”

Trump in tweets has charged that Cohen is a “liar” and had consented to cooperating with Robert Mueller to get a reduced sentence.

It’s not exactly known to what extent Cohen agreed to cooperate, and it’s a good bet, according to several pundits, that we have not heard the last of Cohen.

There are obviously comparisons to John Dean, who was Richard Nixon’s attorney placed in charge of the cover-up of the Watergate debacle. Dean, who recently stated that Trump should be impeached for his connection to the Russian involvement in his campaign in 2016, ended up being a key witness in the Watergate case that forced Nixon to resign.

Should things proceed along this line, with Trump accused as an unindicted co-conspirator, we might see Cohen once again in the courtroom with more information to divulge for the Mueller probe.