Finally given an opportunity to win, will Bowles be the one to coach? 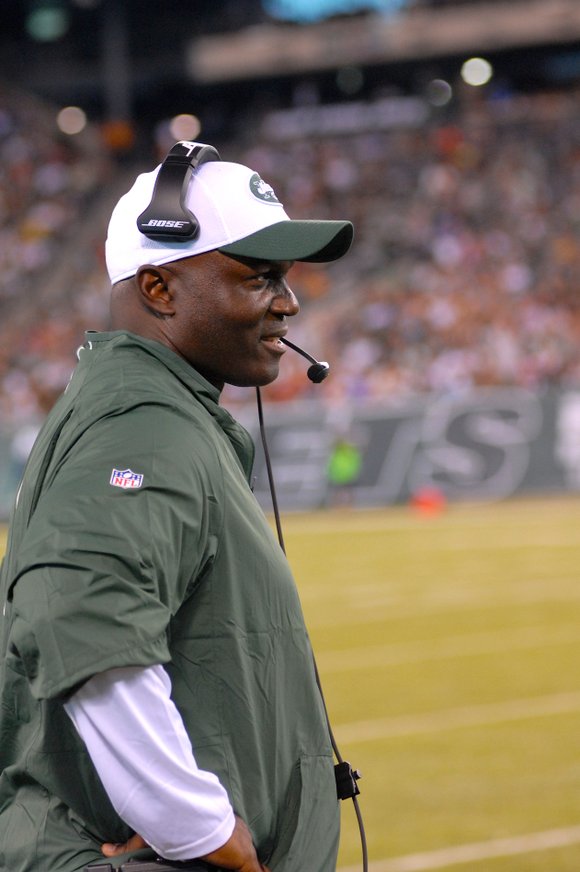 Bowles has only won four games this season and suffered an embarrassing 41-10 divisional home loss in Week 10 to the Buffalo Bills. But remember, the team is playing with Sam Darnold, a rookie quarterback—a rookie quarterback learning on the job as he grows to one day be their franchise player, a rookie quarterback who missed three games, Weeks 10, 12 and 13 because of injury. Week 11 was a bye week.

Darnold returned, healed in Week 14, to help the Jets defeat the Bills 27-23 in Buffalo, the team’s fourth win.

Trailing 20-13 in the fourth quarter, Darnold led the Jets comeback, starting with an 85-yard (11 plays) drive to tie the game. Allen totaled 16 of 24 for 170 yards and a 7-yard touchdown run, ending the Jets six-game losing streak.

Sunday’s 29-22 loss to the Houston Texans, a playoff bound team, was also an impressive Darnold display, throwing 24 of 38 for 253 yards and two touchdowns.

“I feel comfortable getting experience,” said Darnold after Sunday’s loss. “I feel like I’m seeing the field a lot better, and I feel like our whole offense is really starting to click a lot better.”

There is something for the Jets to build on, their young quarterback with great potential and growth for the future—an actual first during the Bowles era.

Heeding any moral victories after Sunday’s loss, Bowles was complimentary of the team’s new QB, noting, “He played a gritty ballgame. He played tough. He made some throws. He played a good ballgame.”

Until now, there’s been Geno Smith, on the Jets’ roster when Bowles took over in 2015. Smith was the projected starter that season, but his jaw was broken by a teammate over an alleged unpaid debt. Veteran quarterback Ryan Fitzpatrick, first drafted in 2005 by the St. Louis Rams took over. He’d been attained in a trade with the Houston Texans in March 2015 to back up Smith. The Jets were his sixth team in 10 years. Fitzpatrick led them to a 10-6 record that season, narrowly missing the playoffs by one game.

The following season, Bowles’ second, the Jets used three quarterbacks because of injuries. Fitzpatrick, Smith and their 2015 fourth-round draft pick, Bryce Petty. There were more quarterbacks but fewer wins for Bowles, only five with 11 losses.

The 2017-18 season didn’t bring any more wins for Bowles, five once again, or a plausible solution at their quarterback position. Smith was gone. There was Petty, Christian Hackenberg and another veteran, Josh McCown.

Hackenberg was drafted by the Jets in 2016, the second round, the 51st pick. McCown’s contract with the Jets in 2017 was his 10th with an NFL team since being drafted by the Arizona Cardinals in 2002. Like Fitzpatrick, McCown brought veteran leadership and mentoring capabilities. They solved a temporary problem, but they weren’t the solution for Bowles’ Jets team to prosper moving forward.

Darnold, the third pick in this year's draft, gives the Jets a chance to win in the upcoming seasons, which is fair to Bowles after those 38 losses the past four years. Darnold will play out the last two games of the season, getting to learn against the NFL’s best these next two Sundays—Aaron Rodgers, the Green Bay Packers at home, MetLife Stadium, and then Tom Brady, the New England Patriots the following Sunday on the road.