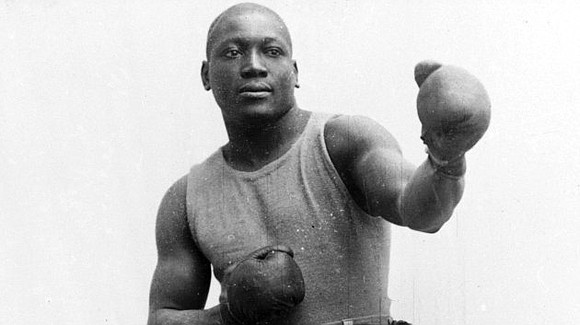 Relatively few people who maintain a watchful eye on sports and popular culture, which are inextricably intertwined, are even moderately surprised or taken aback by the flamboyance and bombastic presence of many modern athletes. The excessive jewelry, expansive garage full of exorbitantly priced cars, dalliances with women and escapades in night clubs have become common associations and stereotypes with sports figures, often chronicled in real time on social media platforms.

If Twitter and Instagram were in existence in the early 20th century, it’s conceivable Jack Johnson would have been the most followed athlete on social media. He certainly was the most feared and despised by white men who detested his flaunting of relationships with white women, his superiority over their white heroes in the boxing ring, his refusal to conform to social norms and his representation as an indomitable, unapologetic Black man. Like Muhammad Ali during the height of his notoriety, Johnson was arguably the most recognizable and polarizing Black man on the planet in the early 1900s.

Yesterday, Dec. 26, marked the 110th anniversary of Jack Johnson defeat- ing Canadian Tommy Burns in Sydney, Australia, in 1908 to become the first Black world heavyweight champion. Historians remember Burns, whose birth name was Noah Brusso, as being the shortest and one of the lightest heavyweight champions of all-time, standing 5-foot-7 and weighing a little

for his ght against Tyson Fury, who at 6-foot-9 weighed 256.5 pounds. The Dec. 1 match ended in a 12-round draw. Johnson weighed well over 200 pounds for some of his later title defenses.)

Before finally getting a shot at the title, Johnson famously followed Burns, sometimes overseas, taunting the boxer in proclaiming himself to be the true heavyweight champion. At the time, Johnson held the title of World Colored Heavyweight Champion. It was classic showmanship by the Galveston, Texas-born fighter, tactics emulated by Ali.

In a 1978 interview, Ali paid homage to the boxing pioneer, stating, “Jack Johnson was a big inspiration because of what he did out of the ring. He was so bold. [He] was a Black man back when white people were lynching Negroes on the weekend...They would send him letters saying, ‘You fightin’ a white man, and nigger if you knock him out we’ll kill ya.’ He said, ‘Just kill my Black butt cause I’mma knock this white man cold.’

“And he would knock the white man out. And the Klu Klux Klan would be burning...they’d kill Negroes all over the country...When Jack Johnson wanted to fight they had riots all over America. It was so serious...He had to be a bad, bad Black man. Wasn’t no Black Muslims to defend him. Wasn’t no NAACP in 1909... All