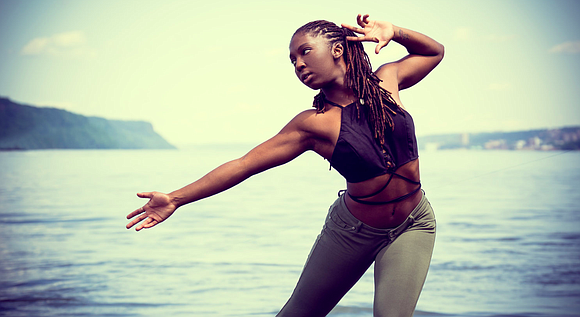 Be ready to bring in the New Year with the young and risk-taking choreographer, Italy Bianca Welton, in the premiere of her solo (“Ame-Ricana”) at Gibney (Jan. 10-Jan. 12). Drawn from her background as a South Carolina native, her life experiences as a daughter and granddaughter and the spiritual practices and South Carolina’s culture of Black southern herbal healers and farmers, (“Ame-Ricana”) “… evokes the memory of her maternal great grandmother who always advised that to neutralize harm caused by racism and the media, Black people must remember they are truly soul-rich.” In this multimedia work, packed with southern hip-hop, soul and R&B, Welton “…explores her southern roots through expressive contemporary movement, photography and film. Her work aims to motivate people to experience the true essence of evolution and freedom,” according to the release. For more information, visit http://gibneydance.org.