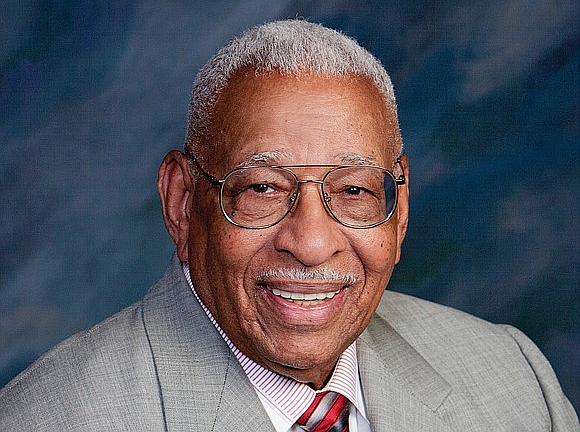 Besides his distinguished career as a jurist and politician, Thompson was a member of the legendary “Buffalo Soldiers” division during World War II.

“Across five decades, Justice Thompson was the embodiment of the principles we expect out of public service, values he imparted to his children Bill and Gail,” said Brooklyn Borough President Eric Adams in an email. “His legacy of public good includes meaningful work to advance quality child care, combat breast cancer, mentor young law students, as well as bring together our African-American and Jewish communities. Our One Brooklyn family will collectively carry Justice Thompson’s torch in the struggle for justice going forward.”

Praise for Thompson came from all quarters of the city. Mayor de Blasio cited Thompson’s lifetime commitment to combating “racism and injustice in our city.”

“We send our deepest condolences to his son, Bill, his daughter, Gail, and all his family and loved ones,” de Blasio said.

“Although Justice Thompson and my grandfather, Bert Baker, had their differences, he was ever gracious, opening his doors to me, and he was extraordinarily honest in recounting the rough and tumble world of Black Brooklyn politics in the 1960s,” said Ron Howell, author of “Boss of Black Brooklyn—The Life and Times of Bertram L. Baker.”

Lloyd Williams, president and CEO of the Greater Harlem Chamber of Commerce, said that in the career of his son, William Thompson Jr., you learn a lot about his father. “And the fruit never falls that far from the tree, and Judge Thompson was, indeed, a formidable tree of wisdom and justice, and he will be missed,” said Williams.

William Thompson Jr. continued his father’s illustrious path when he was elected city controller in 2002. Along with his son, Judge Thompson leaves behind his wife Elaine and his daughter Gail.

As we go to press, no plans have been announced about funeral or memorial services for the esteemed jurist and politician.