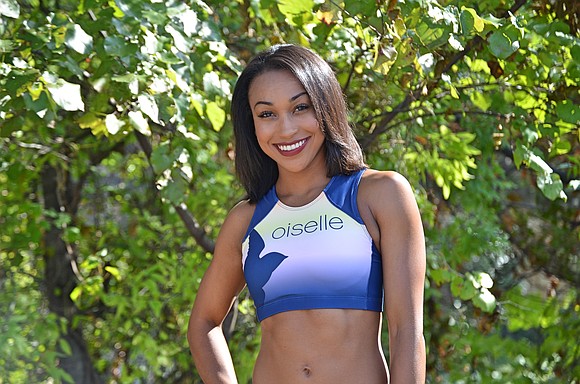 “The energy, the announcer, the kids, the competition, the staff and I’m home and my family gets to come. I love it. It never gets old to me,” said Miki Barber, a New Jersey native who grew up running at The Armory and is looking forward to the Millrose Games this Saturday. Barber will run in the 4x200 early in the day and hopes to get a spot in the 60-meter dash.

Reigning Olympic bronze medalist in the 400-meter hurdles, Ashley Spencer is returning to Millrose for the second consecutive year. She will again run the 300 meters against Olympic gold medalist Shaunae Miller-Uibo. Both women are quite tall—Spencer is 5-foot-10 and Miller-Uibo is 6-foot-1—so it will be an interesting battle on the banked track.

“I’ve been racing Shaunae since 2011. Every time it’s me and Shaunae on the track it’s fun. She has a wonderful energy and she pushes everyone to do their best,” said Spencer.

Spencer brings world championship confidence into the season. At last summer’s World Track & Field Championships Spencer received a retroactive gold medal from the 4x400 relay at the 2013 World Championships. Although past medals are a wonderful memento, a new season is at hand.

“I’m hoping that I can have a healthy campaign and make the indoor world team,” said Spencer, who remembers watching Millrose Games as a college freshmen and yearning for her chance to compete. “The 300 is one of those races where you can’t pace it. You almost have to run it like a 200 and hang on. It’s one of those unconventional competitions.”

Middle distance runner Kendra Chambers made her Armory debut at last weekend’s Dr. Sander Invitational. This event will be her Millrose Games debut. She will run in the 4x800 relay on the international team.

“The track was very fast and I was very happy with it,” said Chambers, who began training in Philadelphia alongside Ajeé Wilson and Charlene Lipsey just three months ago. Wilson is from New Jersey and Lipsey from Long Island. Chambers, who grew up in Texas and attended University of Texas, has a local connection of her own—her father is from Yonkers.

“Millrose is such a legendary meet,” Chambers said. “I’m looking forward to the splendor of being in New York and the fans who really know track and field.”