'Tell Them We Are Rising’ screens at Apollo Open House Weekend 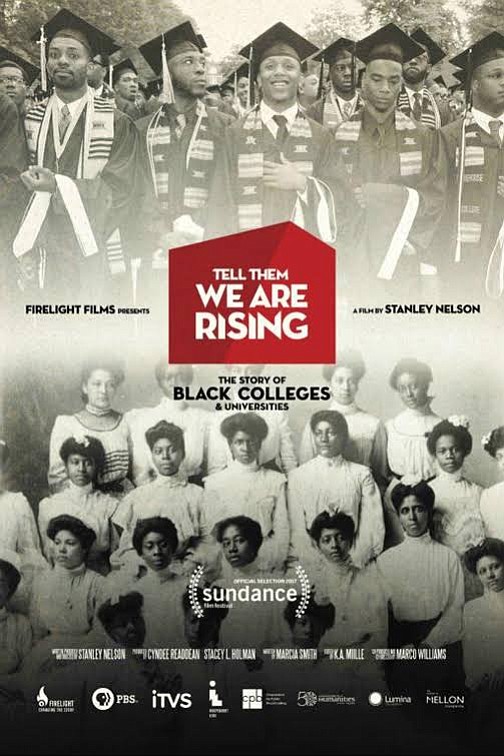 Tell Them We Are Rising: The Story of Historically Black Colleges and Universities

In celebration of Black History Month and as part of the Apollo Theater’s Open House Weekend activities, the Apollo Theater, Firelight Media, “Independent Lens” and PBS station THIRTEEN will host a screening of acclaimed director Stanley Nelson’s film “Tell Them We Are Rising: The Story of Black Colleges and Universities” Sunday, Feb. 4, 2 p.m. at the Apollo Theater. The free, open to the public event will offer an advance screening of the film about historically Black colleges and universities, followed by a panel conversation moderated by “MetroFocus” anchor Rafael PiRoman, with HBCU alumni director Stanley Nelson, writer and professor Jelani Cobb, co-producer Marco Williams and “Luke Cage” co-star Simone Missick. The event will also include entertainment from the Delaware State University Pep Band the Approaching Storm and HBCU alumnus and RhythmAndSoulRadio.com DJ, The Legendary Chris Washington.

A haven for Black intellectuals, artists and trailblazers—and a path of promise toward the American dream—Black colleges and universities have educated the architects of freedom movements and cultivated leaders in every field. They have been unapologetically Black for more than 150 years. For the first time ever, their story is told. Written, directed and produced by award-winning documentary filmmaker Stanley Nelson (“The Black Panthers: Vanguard of the Revolution”) and produced by Firelight Films, “Tell Them We Are Rising: The Story of Black Colleges and Universities” examines the impact HBCUs have had on American history culture, and national identity.

The preceding day, Open House Weekend Day One: Still, We Rise, Saturday, Feb. 3, will celebrate the majesty of our experiences and the ways we continue to excel. Through imagery, spirituality, culture, activism and creativity, African-Americans created spaces that nurtured our souls and provided environments to explore and develop our talents. The Apollo Theater, the Harlem Arts Alliance and other New York City institutions and organizations will examine and honor each of these areas with a free afternoon of performances, previews and presentations by Apollo Amateur Night’s Capone, Apollo Comedy Club’s Mugga, G. Alverez Reid, Michelle Wilson, Annette A. Aguilar and StringBeans, LaRocque Bey School of Dance Theatre, Soul Science Lab from Soundtrack ‘63, Tyrone Birkett | Emancipation, Urban Word NYC and more. The program is hosted by Michael Hill from WNET and WBGO and Billy Mitchell, whose memories and knowledge are so great, he’s known as “Mr. Apollo!” Music is by Simon Rentner, host and producer of “The Checkout” on WBGO-FM.

Free tickets for Open House Weekend are available at the Apollo Theater Box Office, 253 W. 125th Street, 212-531-5305, and at Ticketmaster, 1-800-745-3000 or www.ticketmaster.com. Groups of 10 or more should contact Group.Sales@ApolloTheater.org for tickets. Once all tickets have been distributed for this event and no more are available online, there will still a chance for interested parties who didn’t get tickets. On the day of the event, please arrive at the theater by 1 p.m. for our standby line. Although being in the standby line does not guarantee entry, the Apollo will accommodate as many people from the standby line as possible.