There was some hope, but for now, it's game by game 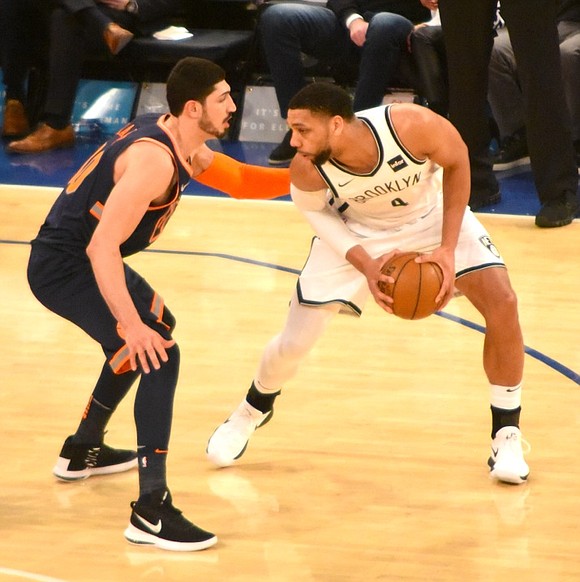 The Brooklyn Nets started the year in 11th place and showed some signs of moving up. The playoffs, a seventh or eighth seed, didn’t seem realistic, but there were some positives. It was better than their 2016-17 last place finish.

Now in 13th place in the Eastern Conference standings, a two position drop, the Atlanta Hawks and the Orlando Magic beneath them, Brooklyn ended the month of January losing two-thirds of this month’s games, with four consecutive road losses—the Oklahoma Thunder, the Milwaukee Bucks, the Minnesota Timberwolves and the New York Knicks across the bridges in Manhattan.

There seemed to have been some hope. The loss to Russell Westbrook and the Thunder, a five seed in the highly competitive Western Conference, easily a four, was only by one point Tuesday. Two days before, Brooklyn defeated the Detroit Pistons, currently the ninth seed, by one, kicking off their five-game road trip.

Facing Brooklyn at the start of month two is Los Angeles, tomorrow night, Friday, at the Barclays Center. Lonzo Ball, the No. 2 2017 NBA draft pick, sits the bench because of a sprained left medial collateral ligament, a left knee sprain. His father, LaVar Ball, a publicity magnet, is in Lithuania with his younger sons, eliminating the potential for his sound bites. But, more importantly, it’s the return of center Brook Lopez, who was traded to Los Angeles during the offseason for guard DeMarcus Russell. Lopez spent the first nine seasons of his professional career with the Nets.

After Lopez and the Lakers are the Milwaukee Bucks, Giannis Antetokounmpo and the return of Jabari Parker Sunday at noon, kicking off the day of Super Bowl festivities.

Parker will make his season debut tomorrow night (Friday) against the Knicks at MSG. Parker hasn’t played since tearing his ACL in his left knee a year ago. It was the second time.

The Houston Rockets, featuring James Harden and Chris Paul, visit Barclays Tuesday. Harden logged a 60-point triple-double Tuesday night against the Orlando Magic, the first player in NBA history to do so. With Paul and Trevor Ariza out because of injuries, and Eric Gordon taking a seat during the second quarter because of lower back stiffness, Harden added 10 rebounds and 11 assists to his point total.

“I just gave it all I had tonight. We all did,” said Harden. “We got key stops when we needed to, and we made big shots.’’ Harden hit 18 in the fourth quarter.

Brooklyn’s homestand will then be interrupted by another trip to Detroit. This time Blake Griffin will be on the Pistons’ roster. Griffin was traded by the L.A. Clippers to the Pistons on Monday. Tobias Harris, a Long Island native, will now play with the Clippers.