Goodnight Dennis Edwards, and thank you! 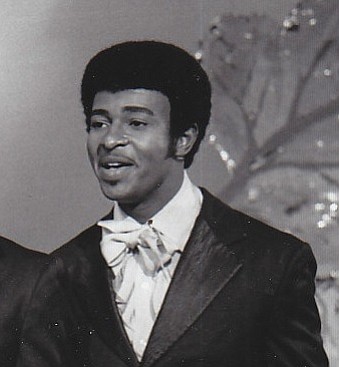 We know that the one thing that remains constant is change. For the better, worse or just for the sake of change, it’s an inevitable life occurrence. Although we know that it will indeed happen, we still manage to be taken aback, especially when things are going well.

Historically, few industries display this tendency more than the music business. Perhaps the greatest example of how’s and why’s of this phenomenon took place at Motown Records in the mid-60s. They had a group signed that, although talented, just couldn’t find that “it” factor to get them over the hump and to the top. That all changed in 1964 when the right personnel, consisting of Paul Williams, Otis Williams, Melvin Franklin, Eddie Kendricks and David Ruffin, later dubbed the Classic 5, found the right song—and boom! They began to make a mark.

With the single, “The Way You Do the Things You Do,” the Temptations saw their arduous labor reap a small payoff with their first Top 20 single. It was also their shot at stardom. The in-house song writer/producer saw more and penned a tune, ‘My Girl,” specifically for the sophisticated gruff vocal of the bespectacled new member. That song now had them walking a path paved expressly for superstardom and eventually immortality. The hits continued but the success took a detrimental toll.

A change needed to happen for the sanctity of the unit. The following questions arose: (a) Can the group meet and exceed the new standards they set for themselves? (b) Will they be accepted by the public after not just any member, but the member who was most synonymous with the new hit material, left? (c) Who can shoulder the burdens and perform at a level of excellence?

The questions were answered by Dennis Edwards. Edwards’ introduction to the group was overwhelming to say the least, but he used that anxiety to his advantage.

“I was a few weeks in to the gig, brand spanking in,” he said. “I was trying to still learning some things on the fly. One night, I grabbed the mic and told the audience, ‘Look, I know I may have forgot a word, missed three or four steps, but I’m the new kid on the block. I’m probably gonna miss three or four more. But we still entertaining you, right?’”

He continued, “In that moment, I saw the crowd applaud us and worked it out with us. They saw we were honest, humble, down to Earth and hard working.”

Soon thereafter, his mark was made in the recording booth, and then in the record books, proving his tenure as a lead vocalist for the Temptations, albeit different from that of the prior, was just as impactful. His voice had that “I’m not here to play” feeling and fit perfectly with the newly minted hardcore subgenre of psychedelic soul. It played so well in fact that his vocal lead was partially responsible for the Grammy Award in 1968 for the single “Cloud 9,” marking the first ever Grammy Award in the history of Motown Records. Let that sink in—the first Grammy Award in Motown Records history!

Edwards succumbed Feb. 1, two days shy of his 75th birthday, after a bout with meningitis, or so it was reported initially. At press time, the cause of death is under investigation. Regardless of the cause:

You’re as free as a bird in flight.

(Cloud 9) There’s no diff’rence between day and night.